The luxury fashion phone from Porsche Design and RIM, BlackBerry P9981 has just reached the FCC, with the associated teardown pic available below. We’re dealing here with a precious handset, with an unique design, that sells for about $2000 in places such as Dubai. 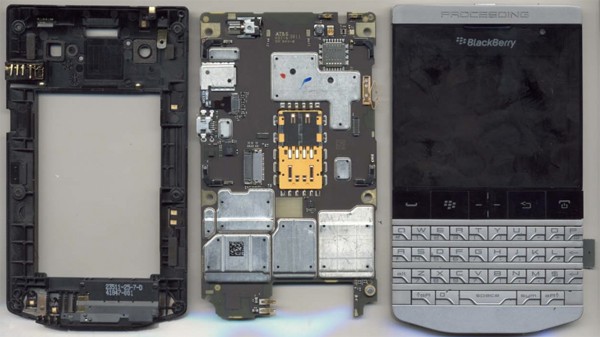 This angular smartphone was launched back in December and it comes with a forged stainless steel frame and a hand wrapped leather back cover. There’s also a sculpted QWERTY keyboard to give the phone a more refined air and something that RIM called a “crystal clear touch display”. The device comes with BlackBerry OS 7 and with an exclusive Porsche Design UI with a bespoke Wikitude World Browser augmented reality app.

As far as specs go, we got a 1.2GHz processor, HD video recording capabilities, 8GB of internal memory and Liquid graphics technology. NFC is included among the specs and it appears this unit will be available in a limited number of units when it launches.