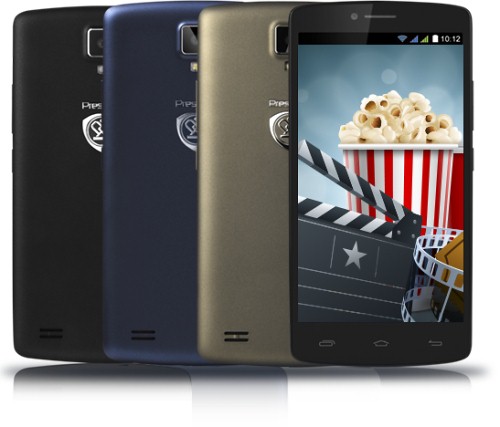 Prestigio announced today a new smartphone, the MultiPhone 5550 Duo handset, that was launched in Europe with a suggested retail price of 165 euros. The device is 5.5 inch phablet actually and relies on a quad core CPU.

This newcomer uses an IPS panel with a 1280 x 720 pixel resolution and Gorilla Glass 3 protection. It has a quad core MediaTek MT6582 processor inside, clocked at 1.3 GHz and accompanied by 1 GB of RAM. There’s 8 GB of storage inside, expandable with up to 32 GB via microSD. Prestigio MultiPhone 5550 Duo packs a 3000 mAh battery, that’s pretty generous, even for a phablet.

The smartphone has a 13 megapixel back shooter, with autofocus and a Sony IMX 179 sensor, while the front camera is a 2 MP shooter. It runs Android 4.4 KitKat and uses two SIM card slots. The product is available in 3 colors: blue, copper gray and black graphite. .