After HTC introduced on the market the RE Camera, a device designed for sports lovers, now another company called Ricoh launches a similar product called Theta M15. In terms of technology, this one is a omnidirectional camera that allows video recording at 360 degrees up to three minutes long.

Among other features brought by Richo Theta M15 we have Wi-Fi connectivity, so we can transfer videos to a linked smartphone in order to edit the movie. According to the Chinese company, the videos are free of stitch lines as they’re captured in one shot. Also, the company said that an API and SDK will also be released for the device. 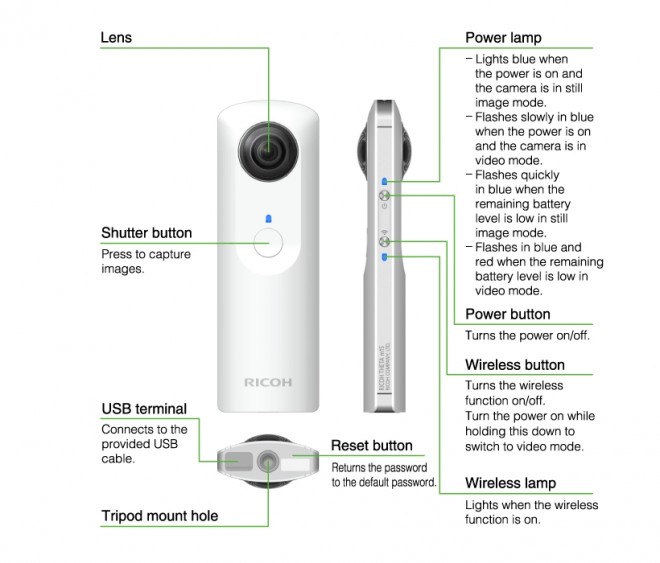 Richo Theta M15 brings 4 GB space of internal storage, an ISO range of 100 to 1600 for photos and 100 to 400 for videos, and a a shutter speed as quick as 1/8000 per second. This device weighs just 95 grams and packs a Lithium-Ion battery that can be charger via a USB cable. Is expected that the camera to be released on November 14 at a $435 price tag.