Everything seems to be quiet now on the Apple side, so let’s give RIM and BlackBerry a chance to shine, specially now that we’ve got a rumour going around the interwebs, saying that the Canadian handset maker is planning to release a tablet of its own. The RIM tablet was apparently confirmed as a real project by some BBleaks connection, also mentioning that the device will be more compact than the iPad. 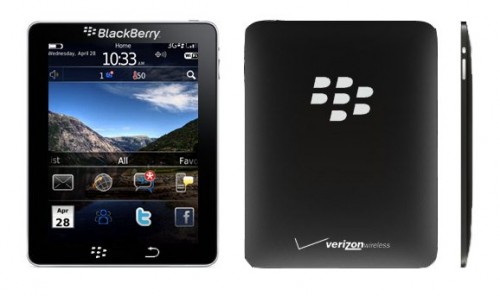 Word has it that the “BlackBerry tablet” will be known as BlackPad or Cobalt, going perfectly along the line with the rumours saying that RIM was ordering 8.9 inch displays from Chinese firm Hon Hai. This image above is not the one of the real device, but rather a mockup, showing you how the design of the tablet could be.

Imagine the business potential of such a device, specially with a modified BlackBerry OS on it and possibly an innovative design…