Just as Mobile World Congress 2009 wrapped up, the Global Mobile Awards took place in Barcelona and among the winners there was RIM, the maker of BlackBerry handsets. They won the award for “Best Mobile Technology Breakthrough”, thanks to RIM’s SurePress technology. Is that all it takes to get an award? 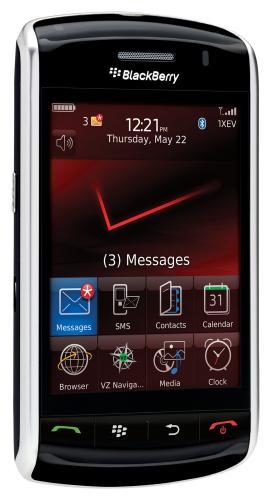 I mean, where’s the innovation? “Precision typing and navigation that enable apps/features never before used on a touchscreen device” would sum it up, but that doesn’t make RIM worthy of an award. Plus, SurePress slows down users, as they perform the most basic of tasks, like typing a quick email.

This can become a rather tedious affair, since typing on the BlackBerry Storm is frustrating, because you’ll have to wait for the screen to “click” and pause, till it allows you type the next character. Of course, you can get used to this minor issue, but still, it doesn’t make RIM award material so much, right?