Waiting for a hot Motorola handset has become a full time job, since the manufacturer only showed rubbish at Mobile World Congress 2009, with few hopes of seeing a decent phone till this summer. Now we’ve got a leaked Moto phone on our hands, packing a pretty big touchscreen. 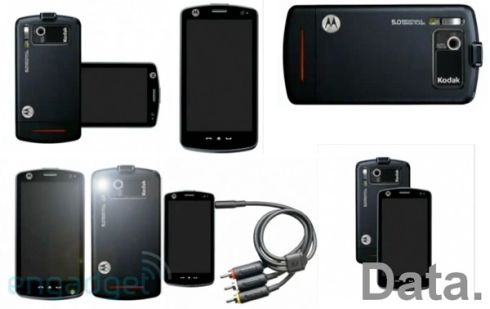 It seems to also feature a 5 megapixel Kodak camera, TV out and a Xenon flash, but these are all specs we can see, since the handset’s official features are a mystery. The rumours suggest that this will be an Android device, but there’s no trace of Home or Back buttons on its front side, although those could be hidden on the side.

Also, there’s no Start button to be seen, so Windows Mobile 6.5 is ruled out as well…