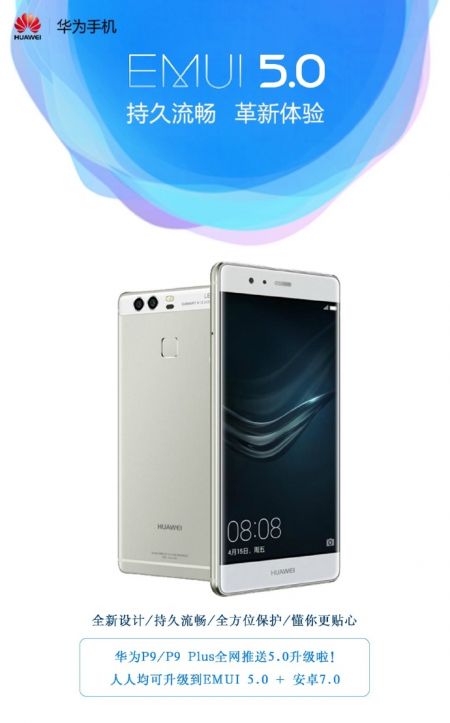 It’s been an excellent start of the year for folks who own flagships or former flagships, that have started receiving Android 7.0 Nougat updates. After the Xperia XZ and X Compact got that treatment, it was the turn of the Xperia Z5 and the Galaxy S7 and S7 Edge. Of course, the Huawei mainstream units also got their share over the past weeks and today we learn more about those still stuck at Marshmallow.

The roadmap of future updates hit the web and includes a few pretty famous names. For example we find the Huawei Nova, the selfie phone we liked so much and ready to receive its share of Nougat in March, plus the Huawei Honor 6X, updated in May and the Honor Note 8, in April. The famous music-oriented MediaPad M3 tablet will get its share in May. 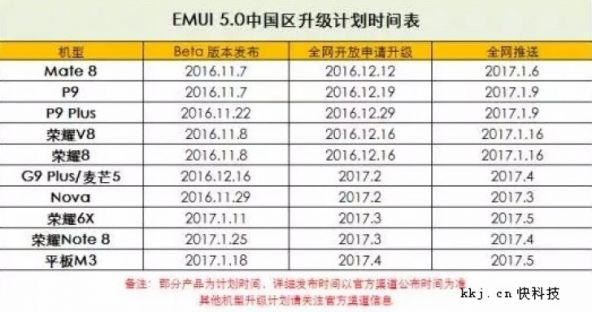 Other than that these, the Huawei Mate 8, P9, P9 Plus, Honor 8 and V8 already got their share of Android 7.0. Of course we’re talking about a custom version of the software, with EMUI 5.0 on top. Interestingly, the table below seems to show that some devices took 2 months of beta testing till the finalized software came out. I imagine it would have been longer, if the community wasn’t involved.

Meanwhile, the jury is still out regarding the release of Android Nougat on older devices, like Honor 7, Honor 4X and the hits P8 and P8 Lite.