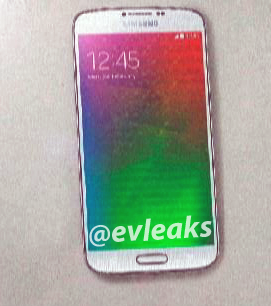 As some rumors are suggesting, Samsung will release on the market a Prime version of the actual Galaxy S5 flagship. Even if the rumored name is Samsung Galaxy S5 Prime, it seems that now the device will get another label – Samsung Galaxy F. As we saw this year, Samsung gave up to the Galaxy S5 Zoom and released the Galaxy K Zoom instead.

This method could be applied for the Prime version of the current flagship too. According to a tip received by @evleaks it seems that Samsung will launch the Galaxy F model this year, a device that will pack a 5.3 inch Quad HD display and a quad-core Snapdragon 805 processor.

The tip also suggest that the Galaxy F will be officially announced during Samsung Unpacked Ep.2 event. The F label could also be applied for the next Samsung flagship devices. If this rumor gets true, then we won’t see a Galaxy S6 smartphone next year.