If you’re into sports, you’re probably aware about the London 2012 Olympics, that will have a special handset dedicated to the event. The device will be a special “Samsung Olympic and Paralympic Games mobile handset”, that will support NFC transaction courtesy of a SIM card with Visa integration. 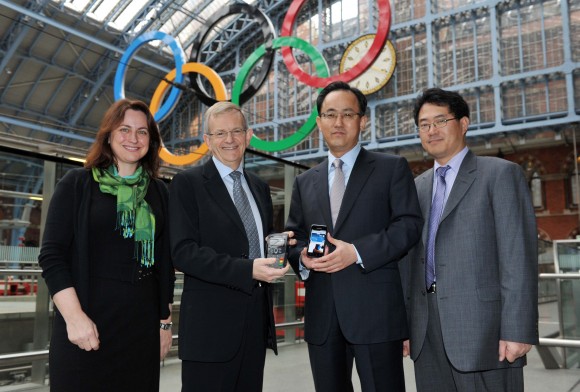 Olympic athletes will get their handset units, but the phone will also be sold to general public. If the image above includes the handset, it will probably be another version of the Galaxy S, one that’s branded with the Olympics’ symbols. Over 60,000 shops will support NFC payments and we’re not yet sure if other Samsung handsets will also have access to this system.

Last we heard, London was also supposed to have WiFi enabled in the Underground system, but this initiative failed, because of carrier and hardware partners not having enough funds to pull this through.