CommunicAsia 2010 is in full bloom these days, with Samsung announcing quite a bunch of new phones, like the Omnia Pro 4 and 5, which you can see in the images below. These are Windows Mobile 6.5 handsets, focused on business features and we have to mention that Omnia Pro 4 aka B7350 is a touchscreen phone, while Omnia Pro 5 runs Windows Mobile Standard. 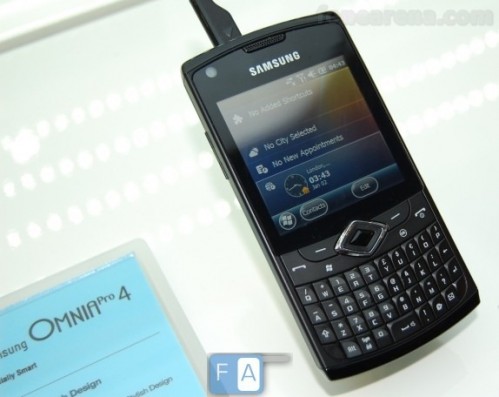 Omnia Pro 5 is also known as B6520 and it’ll be available in Southeast Asia, Middle East, Africa, India and Latin American starting August. Meanwhile, Omnia Pro 4 will hit Europe, Southeast Asia and CIS from July. Samsung Wave 2 and Wave 2 Pro were also announced during CommunicAsia, as the latest Bada OS phones, together with Galaxy 5, Galaxy 3 and the pico projector-packing Samsung Beam.

More info on these new devices can be found on techtrickerblog and fonearena. 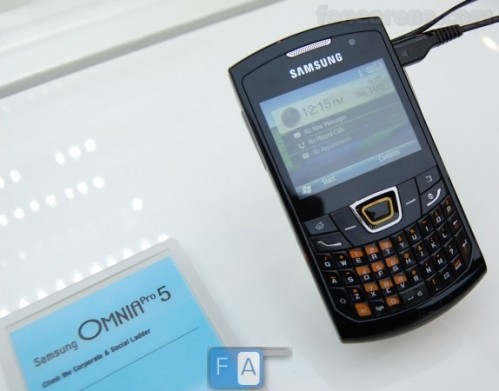