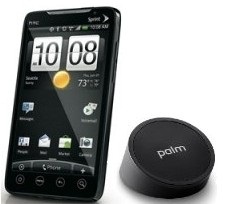 In case you’re a former Palm Pre user, who’s left with a Touchstone charger forgotten somewhere on the desk, we have news for you. You can now use the accessory with the HTC EVO 4G smartphone, via a hack, that gets detailed in the video below.

Thanks to the above-mentioned mod, you’ll use the 4G handset with the wireless charger and the downside to this initiative is the lack of info, for now. It’s a pretty tough task, as you’re going to do some soldering, once the smartphone is open. There are a few drawbacks to keep in mind:

– the 4 magnets around the coil will make your compass apps useless
– the battery cover will stick up a bit, as shown in the YouTube video, but this is not a noticeable feat