Samsung just started sending invitations to an upcoming launch event of an Android smartphone, that’ll take place in New York City on November 8. We don’t yet know what device they’re referring to, but odds are that it’s the Samsung Continuum, the handset with a second lower screen, or maybe an updated version of the Galaxy S. 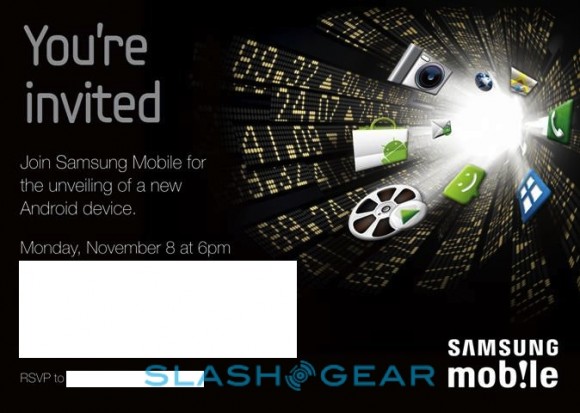 As far as the Galaxy S update is concerned, speculations say that the new device is in fact Samsung YP-MB2, a portable media player version of the Galaxy S. Since the invitation pictured above seems to include stock market results, this could be a business handset… or maybe even a tablet? We already saw the Galaxy Tab being showcased in the US, so a second launch event would be futile, but never say never.

We’re certainly hoping to catch a glimpse at a totally new device, hopefully Gingerbread material… What do you say?