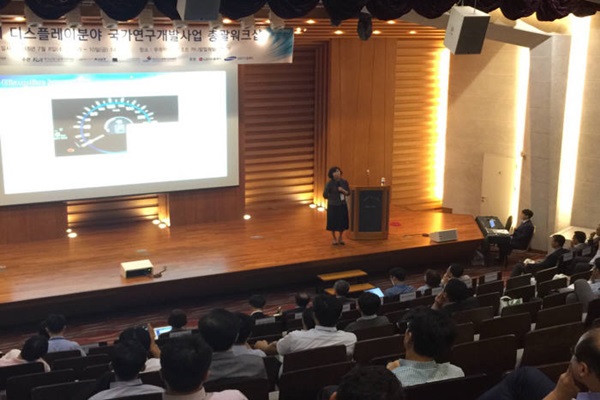 Samsung Display has started a huge project, involved many partners, some state cooperation and an 11K super resolution display. They want the panel to be ready by the 2018 Olympics, that will be hosted by South Korea.

The government is pouring 26.5 million dollars into this project and the result will apparently be a 2250 ppi density screen, which would mean it would be a 5.5 inch screen, if we do the math. 13 domestic and foreign companies have started cooperating with Samsung within the project since June 1st. What we’ll see at the Pyeongchang Winter Olympics will only be a prototype, keep that in mind.

The idea is to have a huge resolution on a screen, such as 11000 x 6000, in order to get special 3D effects without glasses. Also, folks who have been using Quad HD phones on VR setups have noticed their pixels being enlarged by the lenses, so we need more than Quad HD for more VR fun. Right now 4K feels overkill for a phone and tablet and 8K overkill for TV.

Are we even ready to dream of 11K?