I can already see this handset in the back pocket of a famous footballer, or at least see it advertised by such a character. Samsung Emporio Armani Night Effect just got checked out, unboxed and previewed, the result being the following images. 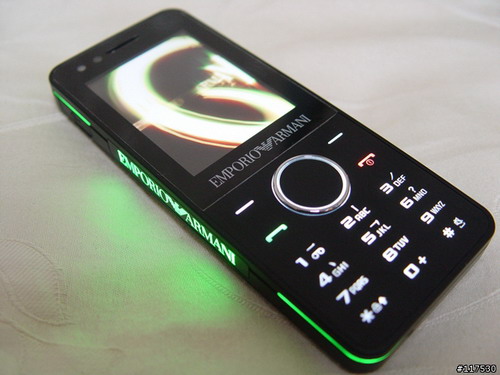 This is the second Samsung handset bearing the Armani branding, so this partnership may last longer than the LG-Prada one did. While the first Samsung Armani phone used the Giorgio Armani branding, the Emporio Armani line is less expensive and targets youngsters, instead of rich bank owners.

After a quick glance at the photos you’ll understand where the name “Night Effect” comes from – the LED lights on the sides creating many neat glittering combinations of light effects. The specs list includes 3G support, a 3 megapixel camera, a microSD slot, FM radio and a music player. 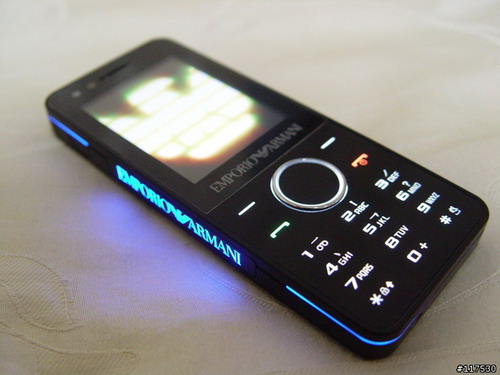 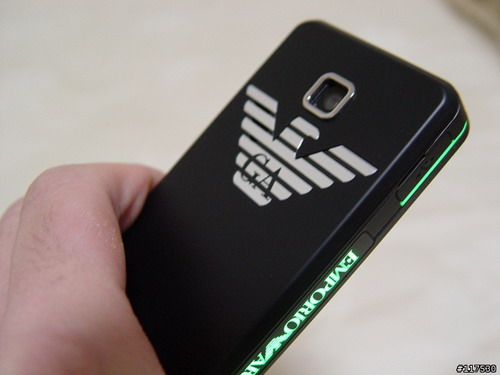