You’ve heard a lot of talk about the Samsung flexible OLED displays, but details were lacking till now… Well, it appears that the screens codenamed Youm have recently received a larger order. What we know about the flexible screens is that they will debut on devices in late 2012. 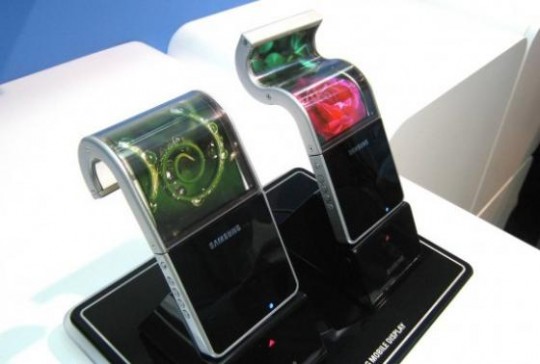 I’m extremely curios to know who placed those “huge orders” mentioned by Samsung Electronics Chairman Kwon Oh-Hyun. He said that mass production will be ready in Q3 2012. OLED-displays.net says that Samsung’s new flexible OLED will come in late 2012 and the Samsung chairman predicted that OLED will replace LCD in popularity by 2015. Of course, flexible smartphones are still a thing of the future, but all we need is a single unit to launch and then everyone will copy it or draw inspiration from it.

Just look at the Galaxy Note: it opened up the window for the over 4.7 inch devices and inspired other companies to create smartablets of their own. The problem is that this technology also requires other changes of the devices it’s implemented on, ranging from battery to chipset and other components.