After being leaked on the web a bunch of times, Samsung Galaxy 5 aka I5500 is now official in Italy, where it’ll arrive in mid-June with a 199 euro price tag. The device will be sold as Corby Smartphone and it’ll run Android 2.1. Here’s the handset: 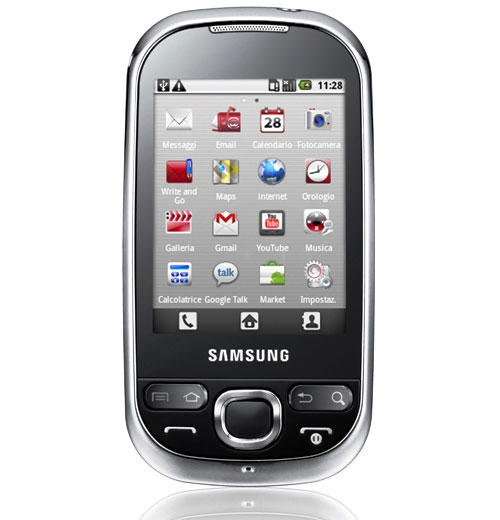 Corby Smartphone relies on a 1200 mAh battery and supports microSD cards of up to 16GB.