We’ve unboxed and reviewed quite a few Samsung midrange phones lately, including Galaxy A51 and Galaxy A71 and now it’s time to try something else. It’s called Samsung Galaxy A41 and it’s a midrange triple camera smartphone with a MediaTek processor. It debuted in March and hit the stores in April/May. It’s priced at $250 and we unboxed it below.

Just like all the other Galaxy A devices, it packs a plastic body, but one that’s well built and good looking. The one we have comes in the Prism Crush Blue hue, with rainbow reflections, triangles and lines, making up a pretty eye catching rear. Inside the box we find a charger (15W), USB-C cable, SIM key and headphones. The latter are generic, not as premium as the Galaxy A71 ones. It measures 7.9 mm in thickness and weighs 152 grams. 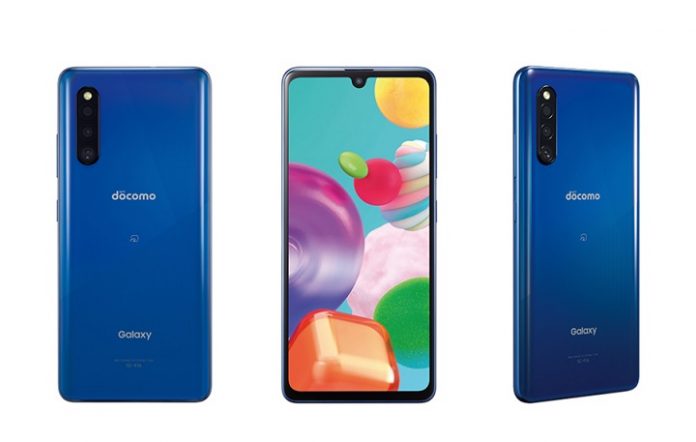 The phone has a dual tone approach, which is a trend I’ve been quite a bit lately, on the Redmi Note 9 Pro and Pixel series even. Back to the Galaxy A51, it’s a more compact than usual Galaxy A device, with a pretty good grip and a reasonably solid build. It’s got a Super AMOLED 6.1 inch screen with a 2400 x 1080 pixel resolution and teardrop notch. The notch hides a 25 MP selfie camera and the screen integrates a fingerprint scanner. 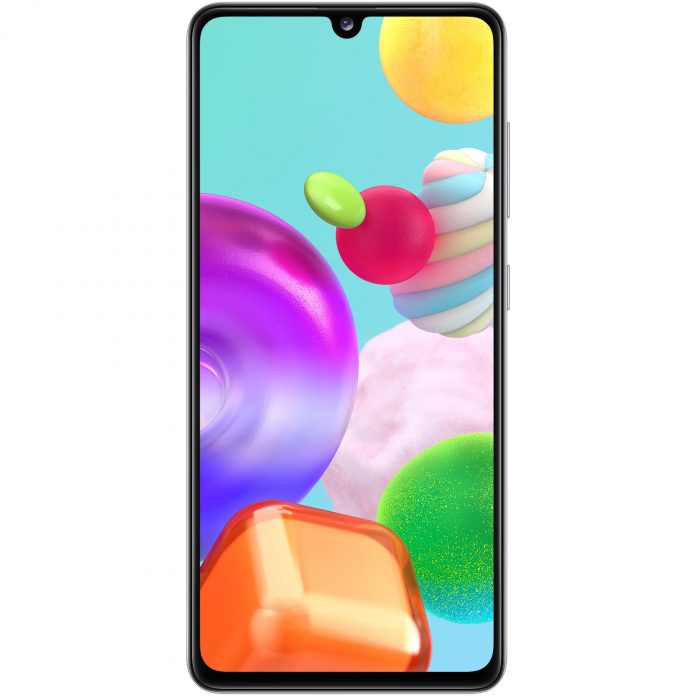 Now we go inside the phone, where we find a MediaTek Helio P65 CPU, which was also found on the Galaxy A31 and Vivo Y phones. It’s a 12 nm octa core 2 GHz processor, accompanied by a Mali G52 MC2, plus 4 GB of RAM and 64 GB of eMMC 5.1 storage, plus microSD. We also get a 3500 mAh battery (Li-Po), with 15W charging. Camera-wise, there’s a triple back shooter, with a pretty average setup:

There’s an LED flash here and Full HD video capture, so don’t expect 4K capture. There’s still an audio jack, USB-C port at the bottom and speaker for music next to it. For connectivity we have GPS, WiFi dual band, Bluetooth 5.0 and NFC. The phone runs on Android 10 and One UI 2.0 and to be honest, the first 5 minutes after the boot are rough: you may experience some lag or slowdown. After a while it gets going. I should say that this is one of the most compact phones out there in 2020.

We’ll be back with a full review soon. You can get the phone here.