We’ve played with the Samsung Galaxy A8 (2018) earlier this year and totally liked its vibe and features. Early in May the Galaxy A6 series came to life, through the Galaxy A6 (2018) and the Galaxy A6+ (2018) models. We have the former for testing purposes and we’ve unboxed it below. Let’s see what the details are and you should know that the phone is priced at around $350 or $360.

We’re dealing with an Infinity Display machine, that adopts a 5.6 inch screen, but instead of it offering Full HD+ resolution, it provides HD+ resolution. Inside the box we find a metal key used to access the slots (separate slots by the way), charger, microUSB cable and manual. There’s also a set of headphones, looking rather generic if you ask me. 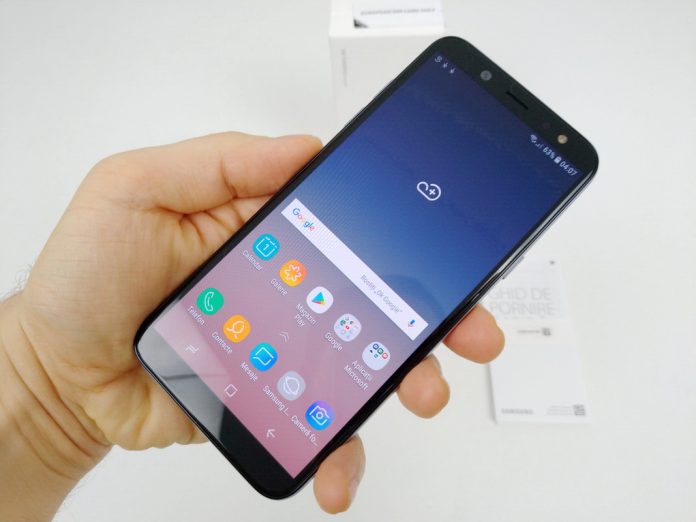 They’re not the kind that come with the Galaxy A models, rather a Galaxy J. The device itself feels like a Samsung Galaxy J, judging by the antenna lines at the back. The handset has a metal unibody design and a 7.7 mm waistline, feeling very light in the user’s hand. It’s got an Infinity Display, no Home button and although you won’t find its weight on any website, I’ll personally estimate it at around 140 grams. 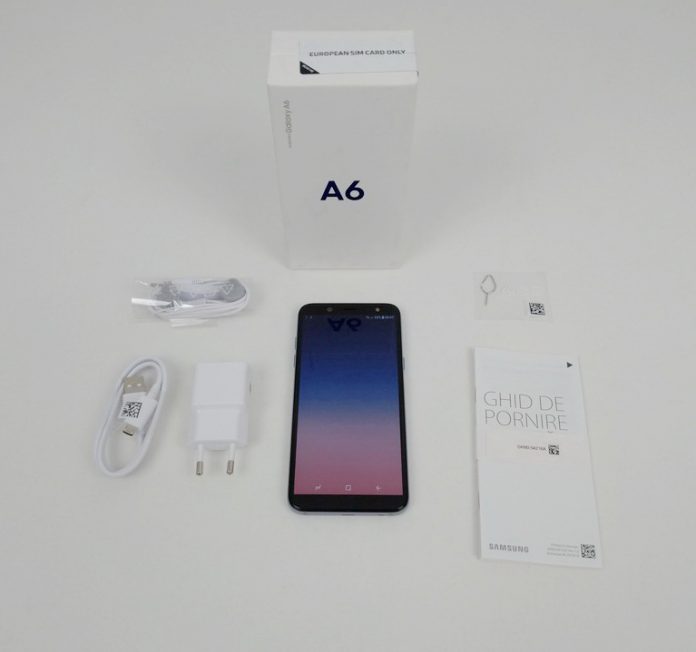 The device also proposes Dolby Atmos acoustics, a front 16 MP camera and a back 16 MP shooter, both with LED flashes. Samsung Galaxy A6 (2018) runs on Android Oreo with Samsung Experience 9.0 and it’s based on 3 GB of RAM and 32 GB of storage, as well as a microSD card slot. There’s a a 1480 x 720 pixel resolution here, in lieu of the standard 1280 x 720 pixel one. Bixby also makes the cut, plus facial recognition and a 3000 mAh battery. 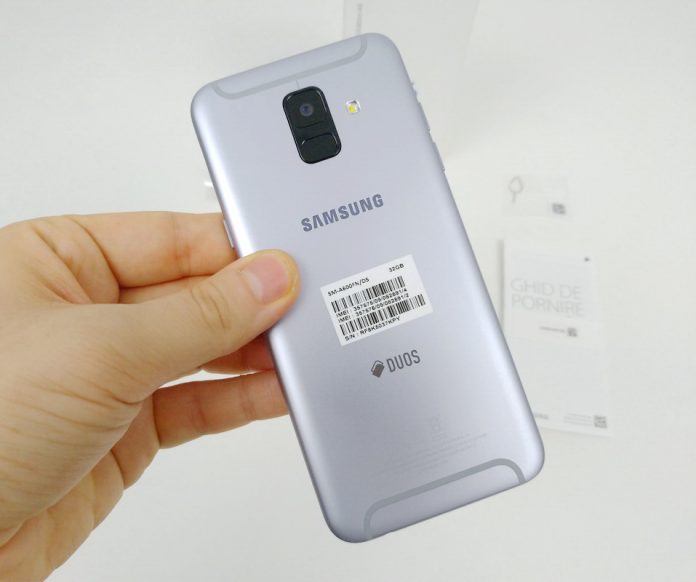 Available in black, gold, blue or Lavender, the smartphone has an F/1.9 aperture for the front camera and F/1.7 aperture for the main one. It all feels like a Galaxy A8 (2018) Lite or maybe a smarter Galaxy J. It feels like an upgrade from the Galaxy J 2017 models, especially with Bixby, Infinity Display, high res cameras and all. We’ll be back with full review soon.