Home Android Samsung Galaxy A8+ (2018) Gets Pictured Looking Very Much Like a Galaxy... 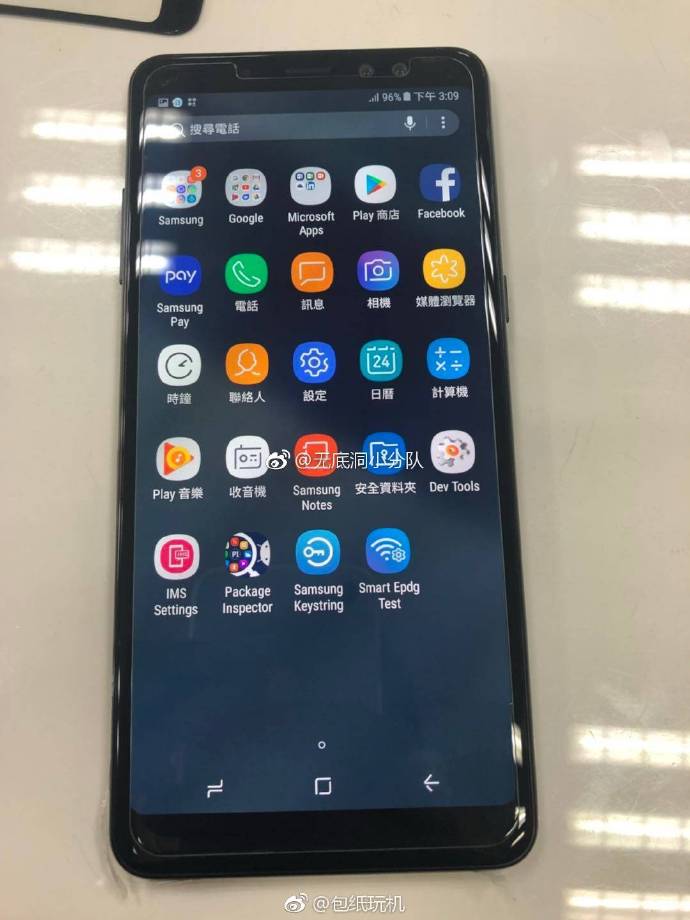 After quite a few leaks regarding the Galaxy A5 (2018) and Galaxy A7 (2018) lately we’ve been seeing a lot of the Galaxy A8 (2018). It still remains a mystery figure, but today once two pictures of the device pop up we also have a new theory. By the way, these hands on shots are supposed to show off the Samsung Galaxy A8+ (2018), not a regular A8.

The device feels a lot like the Galaxy S8, but with a beefier frame, that seems to stand out from the narrow bezel screen. The pictures seen here come from Weibo and sources from China also mention that the Galaxy A7 (2018) that leaked a bunch of times may end up renamed as the Galaxy A8+ (2018). Some even say that the Galaxy A5 will end up as the regular A8 (2018), with no plus. 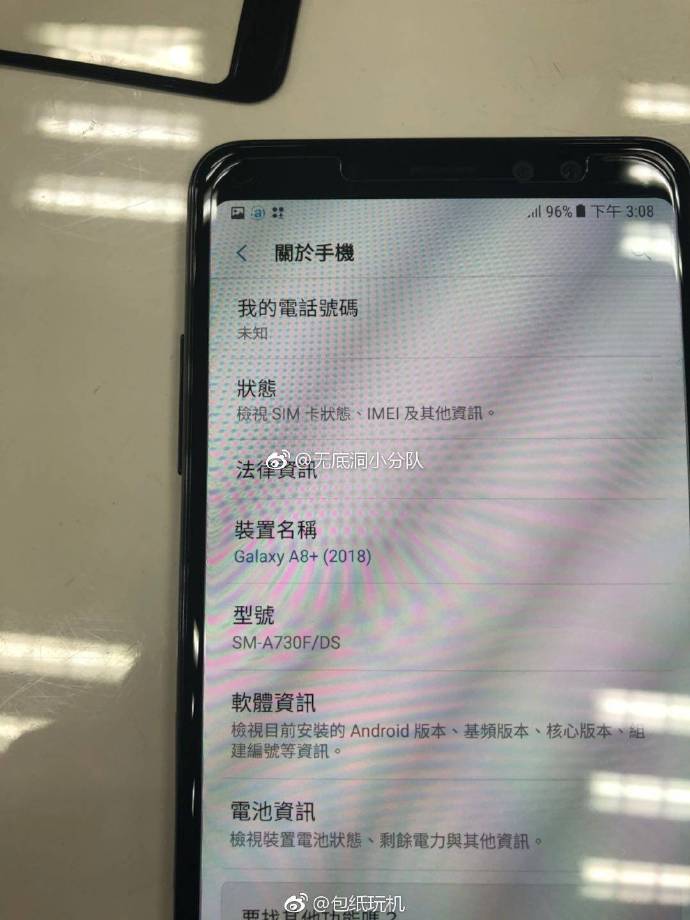 It’s likely that considering the similarity with the S8, naming this A8 would be fit. We don’t have specs for this newcomer, but we expect 6 GB of RAM on the A8+, a powerful Exynos CPU, a dual front camera according to another recent leak and a fingerprint scanner placed at the back side. We may also see a dual back camera, not just the front one. The midrange phone could feature a Full HD+ resolution on an 18:9 aspect and a generous 3300+ mAh battery.

With so many “8” numbers appearing, Android 8.0 Oreo would be a given.