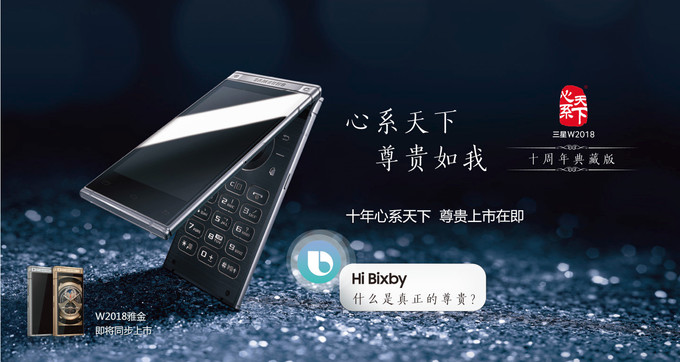 If you thought that it was crazy from Samsung to be making a flip phone in 2017 or 2018, we have even crazier news. Their latest such phone, the Samsung W2018 is not only original in design, but also specs. It’s got a 12 MP camera with F/1.5 aperture and more cool stuff detailed below.

Most of Samsung’s flip phones are meant for the Asian market and this is no exception. This one of kind clamshell is the world’s first smartphone with F/1.5 aperture for its lens. Previously, the Huawei Mate 10 and the LG V30 battled it out for a similar title. Lens aperture is important, in order to determine the quantity of light that enters the sensor when the shutter is pressed and it also determines the depth of field. 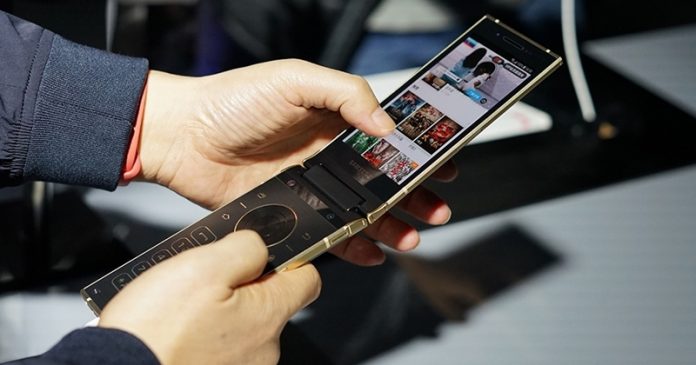 A shallow depth of field means that you will get improved macro or portrait shots, where the background blur will be more pronounced and the objects are better separated. Now back to the star of the show, the Samsung W2018 is quite well specced, surprisingly even I’d say, with a Qualcomm Snapdragon 835 processor, 6 GB of RAM and 64 GB of storage. There are two 4.2 inch Full HD screens non board, the above mentioned 12 MP camera and Android 7.1.1 as the OS.

On top of it sits Samsung Experience and we even have Bixby in the mix. There’s USB Type-C connectivity here and the price is basically huge, at $2379. 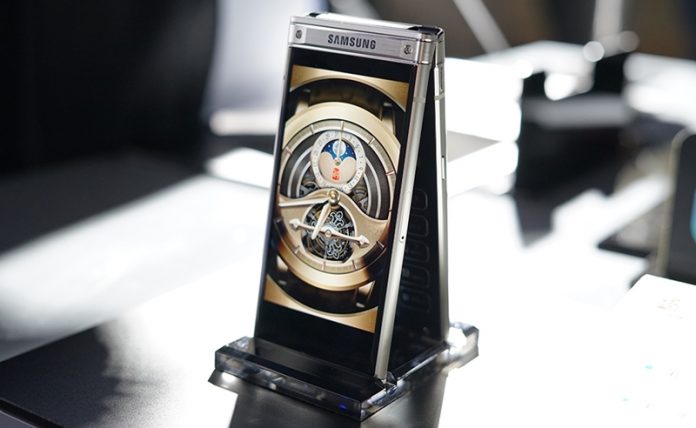