Home Android Samsung Galaxy A8 Gets Handled in Front of the Camera in New... 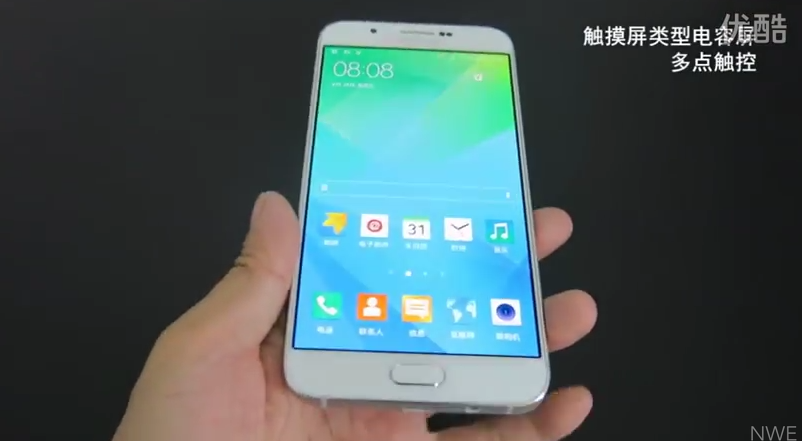 The Samsung Galaxy A8 has been rumored for a while now, but we’ve only seen pictures of it so far. Well, today we get to see it in action, via a non HD hands on video, that’s shown below. The product was also recently certified by the Chinese FCC, TENAA, taking it one step closer to launch. 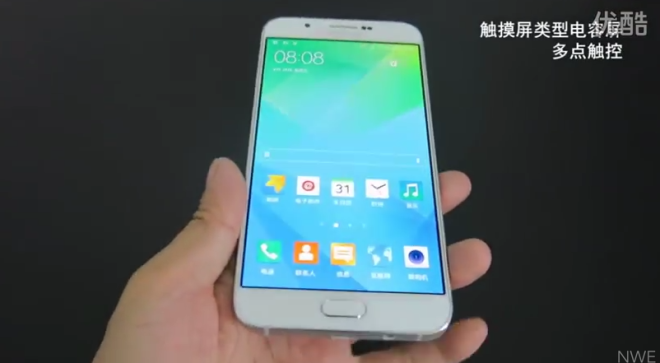 Samsung Galaxy A8 is said to come with a metal case, measuring 5.9 mm in thickness and making it the thinnest Samsung phone to date. This model runs Android 5.1.1 and comes with 4G LTE connectivity. It’s in fact a phablet, judging by its 5.7 inch Super AMOLED display, with a Full HD resolution. There’s a Qualcomm Snapdragon 615 processor inside, a quad core unit, accompanied by 2 GB of RAM and a 16 megapixel back camera.

Upfront we find a 5 megapixel camera and specs include a Home button with biometric authentication. This phone integrates a 3050 mAh battery and embeds 16 GB of storage, plus a microSD card. I have a feeling we may see this product sooner than IFA 2015, which is the most logical release date we can guess right now.