Samsung Galaxy A9 (2018) is the very first 4 camera smartphone and I’m only talking about the back cameras. With the front one, it gets up to 5 shooters. It debuted this fall and we did a quick hands on when it was unveiled locally, in Eastern Europe. Now it’s time for an unboxing, so we can see the final version. It’s priced at around $600 and we have the dual SIM, 6 GB RAM, 128 GB storage Lemonade Blue model.

Inside the box we find the charger, with the promise of adaptive fast charge, an USB Type-C cable, manual, headphones, the SIM key. The design is rather massive and this definitely more of a phablet than a regular smartphone. It adheres to the “glass sandwich” approach, which we’ve been familiar with for a while now. Aside from the Lemonade Blue hue, there’s also a Bubblegum Pink and Caviar Black. 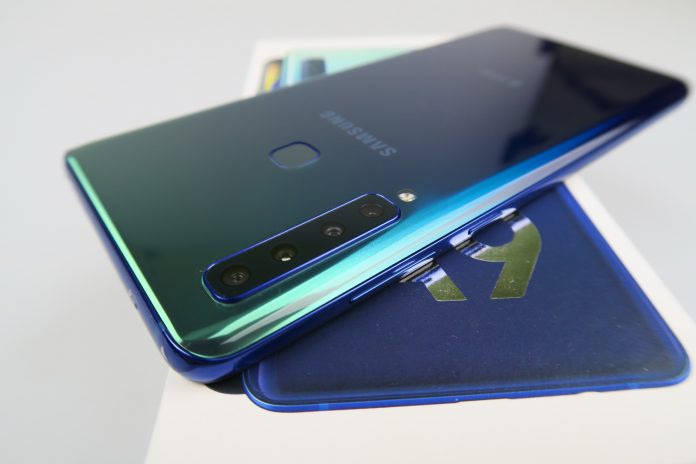 The whole thing measures 7.8 mm in thickness and weighs 183 grams. Upfront we find a 6.3 inch screen of the Super AMOLED variety, with a resolution of 2220 x 1080 pixels. It’s of the Infinity Display variety, which was actually inaugurated by the Galaxy A8 (2018) many months ago. There’s a fingerprint scanner at the back and inside the phone we find a Qualcomm Snapdragon 660 processor, 6 GB or 8 GB of RAM and 128 GB of storage, plus a microSD card slot. 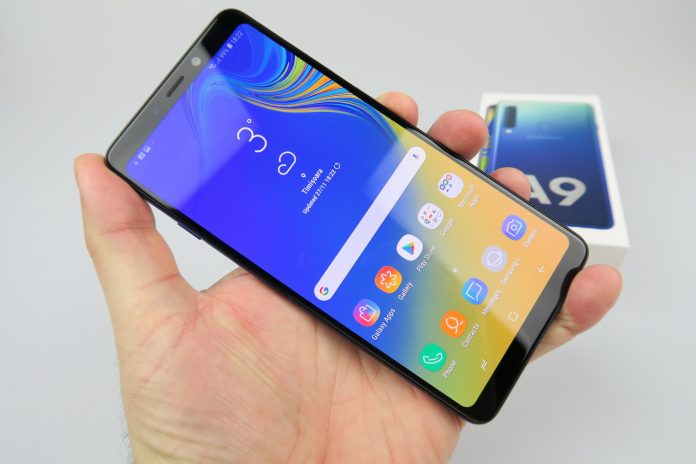 We’ve also got Dolby Atmos acoustics, we’re running on Android Oreo and there’s a 3800 mAh battery inside. Unlike the hands on, this time we have a clear layout of the 4 cameras, so here they are, from top to bottom:

There’s also a 24 MP front camera with wide selfie and back to the main camera, it does Super Slow Motion filming, a premiere for the midrange segment. We also have AR Emoji, 4K video capture, Hyperlapse. The list of features is completed by Always On Display, LTE category 9, Miracast and Bixby, with a dedicated button. Impressions about the device? It’s rather bulky and massive, fit for playing long Netflix sessions on it and it’s packed to the gills with cameras. 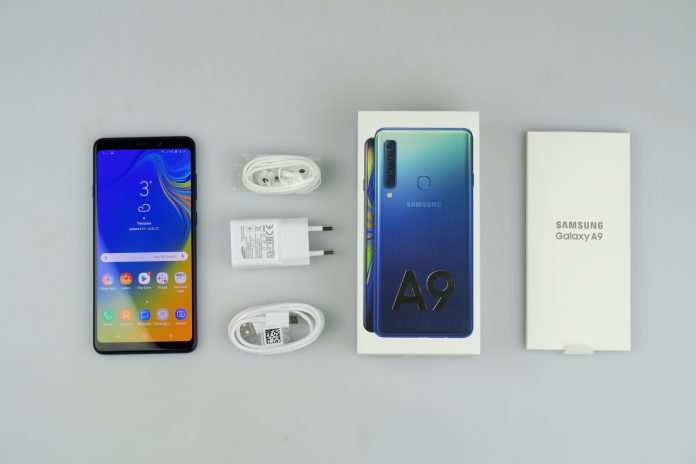 I feel that some compromises may have been made and switching between the cameras happens rather slowly. We’l see how it pans out when the full review is done. The pricing makes it compete with the Galaxy S9, which is a pretty hard battle. You can get the device here.