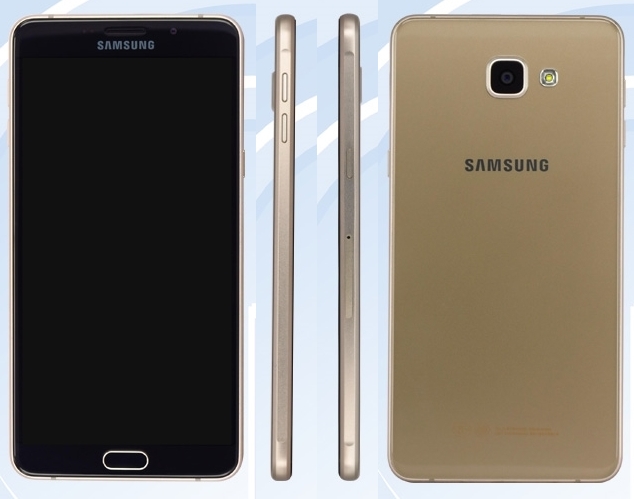 Among the phones prepared by Samsung at the moment, we also have the Galaxy A9 phablet, device that gets fully revealed today by TENAA. In the same time we get the chance to take a closer look on a couple of live pictures of it. Being a 6-inch phablet, Samsung Galaxy A9 weighs 200 grams and measures just 7.4 mm in thickness.

From the hardware point of view, we’re getting a 6-inch Full HD AMOLED display, an octa-core processor clocked at 1.8 GHz, 3 GB of RAM memory and 32 GB space of expandable storage up to 128 GB. Galaxy A9 brings a 13-megapixel rear camera with LED flash and a 8-megapixel front-facing sensor.

As for the connectivity part, the South-Korean company offers WiFi, Bluetooth 4.0, 4G LTE and a 3.5 mm audio jack on this phablet. Samsung might reveal the Galaxy A9 during CES 2016 tech show hold in Las Vegas between January 6 – January 9.