Samsung Galaxy Axiom has a front that reminds me of Galaxy S III and a back that makes me think of Lumia 710, for some reason. Anyway, this handset has just launched on US Cellular and it’s a budget LTE phone, that also brings Google Wallet support. It goes for $399.99 outright or $79.99 with 2 year contract. 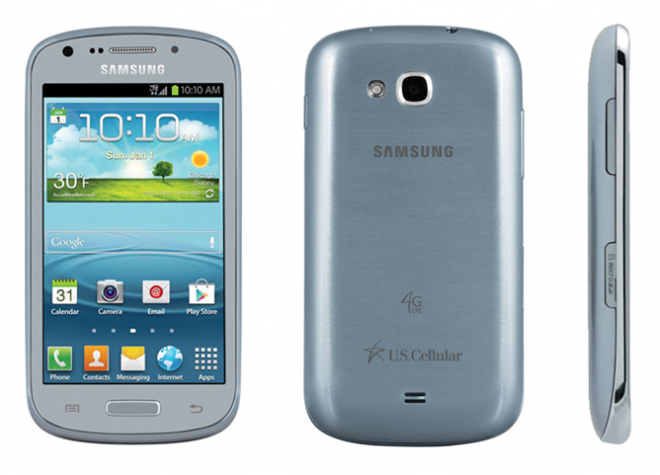 Galaxy Axiom looks like a version of the international Galaxy S III Mini that’s been updated, a bit. It has a 4 inch display, a 5 megapixel camera, a dual core Krait processor (listed at 1.5 GHz on US Cellular and at 1.2 GHz on the Samsung site). The software version is Android 4.0 and we also get 4 GB of internal storage, 1.8 GB being available to the user. There’s also a microSD card slot and Google Wallet is preloaded, together with Chrome, Flipboard, S Voice and S Beam.

Axiom seems like a decent midrange option for purchase, if you want to buy a cheaper LTE handset. However, for $79.99, you may as well add $20 more and get the cooler Nokia Lumia 920 on AT&T contract, with a ton of goodies more, but with a not so appealing OS, if you like Android.