We’ve been hearing about bezel-free phones ever since the iPhone 4S was rumored to be a 4 inch device without bezels. Now, Samsung is supposed to unveil such a device in Q3 this year, after working on it for quite a while. As shown by the Galaxy Note, LG Optimus Vu and ViewSonic 5e, Android phones are getting bigger and bigger, so there must be a way for the manufacturers to integrate bigger screens and keep the waistline, width and length intact. 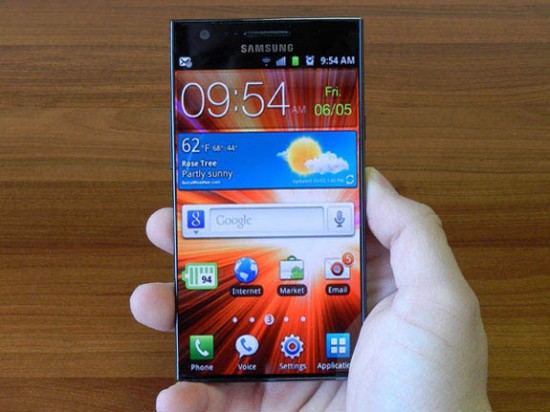 With a bezel free phone, such as the rumored Galaxy B I imagine we’d have the size of the Galaxy Nexus, but this time on a device featuring a 5 inch display. Meanwhile, this technology is by no means new, since it’s been used on ultrabooks like the LG Shuriken or the Dell XPS 13, that crams a 13 inch display where a 11 or 12 inch screen would usually fit. We’ve also seen LG and Samsung battling it out on the HDTV market, trying to make those bezels smaller and smaller.

Why not transplant that OLED screen tech to tinier devices? This would generate that rumored Samsung Galaxy B, that’s supposed to come in Q3 and have a single bezel, in the upper side. That one would be required, in order to incorporate the front camera and earpiece. One thing to worry about is people knocking over the edges of their phone and since here we’ll have pure glass, they might crack easily….