We were lucky enough to purchase a 3G + WiFi PS Vita consola this week and we’ve filmed an unboxing video of it. If you’re wondering why the quality of this vid is so poor, know that it was filmed with a Panasonic Lumix digital camera, not the usual video camera, that’s not en route to MWC 2012 with our reporter. Now let’s get to the PS Vita! 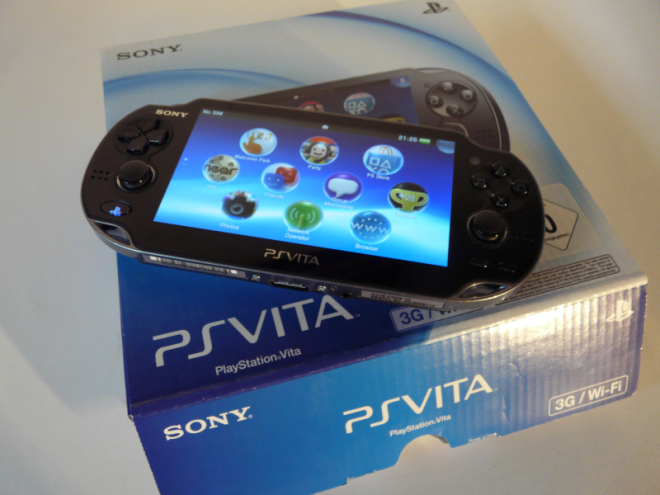 This quad core console is available with a charger, a TON of manuals, an USB cable and… that’s about it. Other accessories will be bought separately, like the earbuds, 4GB, 8GB or 16 GB memory card and obviously the games. The games have a surprisingly big box, compared to the actual size of the card storing the game. It’s about the same size as an SD card. The earbuds are just fine, actually finer than the ones of the first PSP. As far as I know this console is sold for $250 in the WiFi version and $300 for the 3G one.

The 3G version also has a GPS and other features of the console include dual cameras, dual analog sticks, a 5 inch touchscreen and a touchpad at the back. We’ve got the games Wipeout and Uncharted at the moment and we’ve just accessed the PS Store, that’s apparently filled with the OG PSP games, which is a nice surprise.