Samsung is not content with its Galaxy A and Galaxy J series, so it’s now preparing yet another one: the C Series. Evidence about these products has surfaced, including specs for a Galaxy C5. This model was leaked in GeekBench 3, with solid specs. 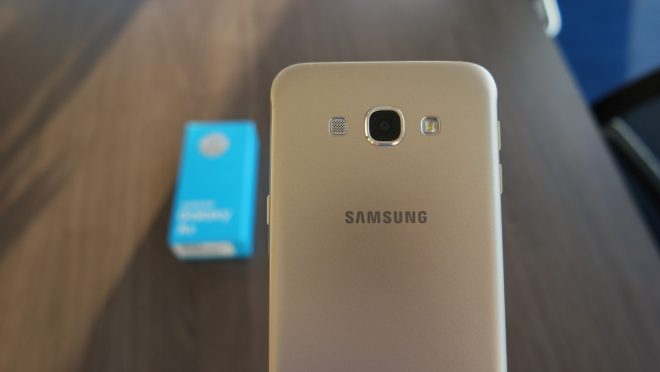 Those feel like the specs of an overpowered HTC One A9, since they both share the Snapdragon 617 processor. The Galaxy C series will debut with slim metal designs, taking over from the 2015 Galaxy A models. The newer ones went with dual glass panels, in Galaxy S6 styling. Anyway, the Galaxy C5 (SM-C5000) is listed in the benchmark with 4 GB of RAM and a Snapdragon 617 processor, plus Android 6.0.1 as the OS. 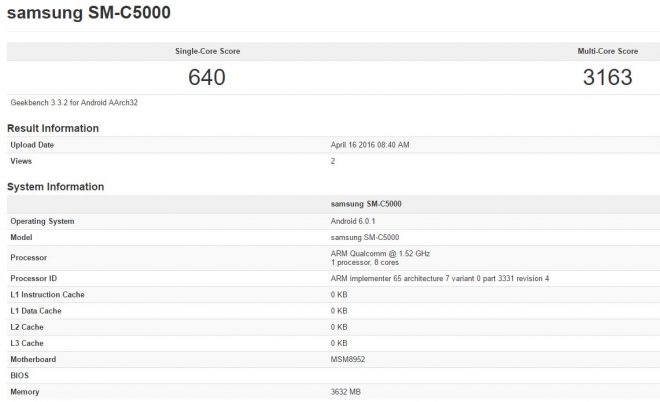 From what we’ve heard the Galaxy C series is going to debut in May as a Chinese exclusive, that may end at some point and bring the goods to other countries. Anyway, these models should fit between the Galaxy J and Galaxy A series. The GeekBench 3 results are pretty similar to the ones of the HTC One A9 by the way.