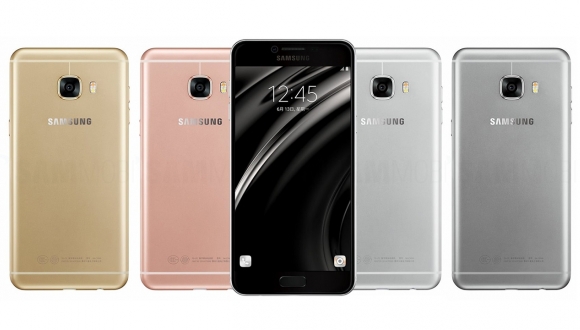 Samsung Galaxy C7 Pro has already debuted in China, while the Galaxy C9 Pro is official in India, but the Galaxy C5 Pro seems to lag behind a bit. It’s already been certified by TENAA last month and now it has reached the FCC, as it prepares for a potential international and US debut.

Actually, both the Galaxy C5 Pro and the C9 Pro have reached the FCC recently, while the C7 Pro got it in December. Samsung Galaxy C5 Pro passed certification on January 17th, with support for FDD and TD LTE, plus Bluetooth, WiFi and NFC. There’s also a 3000 mAh battery on board and the special three line design for the antenna at the back side.

The phone is expected to have a metal body, an octa core 2.2 GHz chipset and 4 GB of RAM. It should also bring a 5.2 inch Full HD screen with AMOLED panel, 64 GB of flash storage, a microSD card slot and a 3000 mAh battery. Samsung Galaxy C5 Pro runs on Android 6.0.1 Marshmallow, although we fancy a Nougat version debut on international level.