Samsung is preparing yet another dual camera phone it seems, so after the debut of the Galaxy Note 8 and the Galaxy J7 Plus, now a Galaxy C model gets this treatment. Samsung Galaxy C8 just came up in a series of teasers via Roland Quandt and it has also been certified by TENAA.

We actually expected the Galaxy C10 to come with such a feature, but we haven’t heard about it in a long while. The Galaxy C8 you see is actually a device formerly known as the Galaxy C7 (2017), or under the codename SM-C7100. What’s clear is that it has a dual camera judging by the demo camera app. The SM-C7100 is said to have a 5.5 inch Super AMOLED screen with Full HD resolution and it runs on Android 7.1, based on a MediaTek Helio P20 processor.

That same chipset was used on the Galaxy J7 Max, by the way. Samsung Galaxy C8 (we’ll call it that) opts for a 12 megapixel + 5 megapixel dual camera at the back, plus a 16 megapixel selfie shooter upfront with LED flash. Both of them can shoot Full HD video. I also expect the Live Focus/Bokeh feature from the Note 8 to be here. 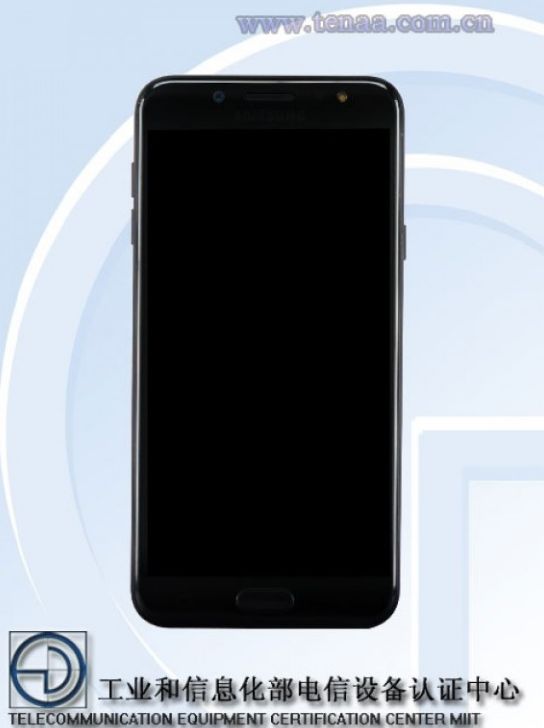 Since it’s a Galaxy C model, it’s most likely that it will remain in China, It seems to be made of metal, it’s quite wide and it should come with 3 or 4 GB of RAM and 32 or 64 GB of storage, according to the TENAA listing. A microSD card slot is also here and just in case you were wondering, there’s no Infinity display here. I expect a debut in China in a month’s time tops. No info about Bixby on board.