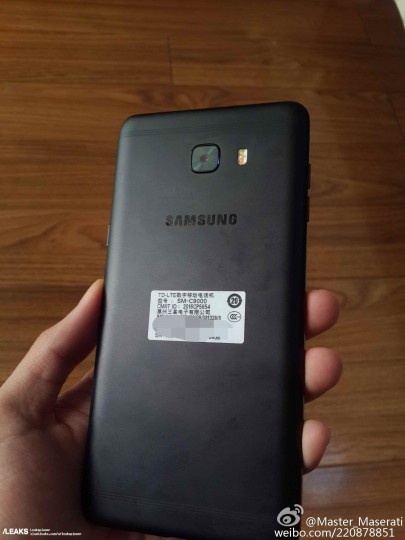 Freshly after getting certified for international release, the Samsung Galaxy C9 Pro pops up on our radar again, this time in a live picture. It’s shown here in a black version, codenamed SM-C9000, as the image reveals.

This device received its WiFi Certification last week and it’s been selling in China for a while now, priced at $470. Rumor has it that the international product will be available in black, gold and rose gold. This is a high midrange phone with Android 6.0.1 Marshmallow preinstalled, at least in the Chinese version. The international one may end up with Android Nougat if we’re lucky.

We’re dealing with a 6 inch smartphone here, one that offers Full HD resolution and also a 16 megapixel back camera, plus a secondary 16 MP front shooter. There’s a 4000 mAh battery inside, a Snapdragon 653 CPU, 4000 mAh battery, 64 GB of storage and a microSD card slot. 6 GB of RAM plus a fingerprint scanner within the Home button make the list complete. The handset made the news when it first came out, on account of its unusual antenna design, that involves 3 distinct and narrower lines at the back.