Russian website Hi-Tech just leaked a brand new Samsung smartphone, dubbed Galaxy Core, that’s pictured below. The interesting thing about this model is that although it has low end specs, it manages to combine the design of the Galaxy S3 with the one of the Galaxy S4. 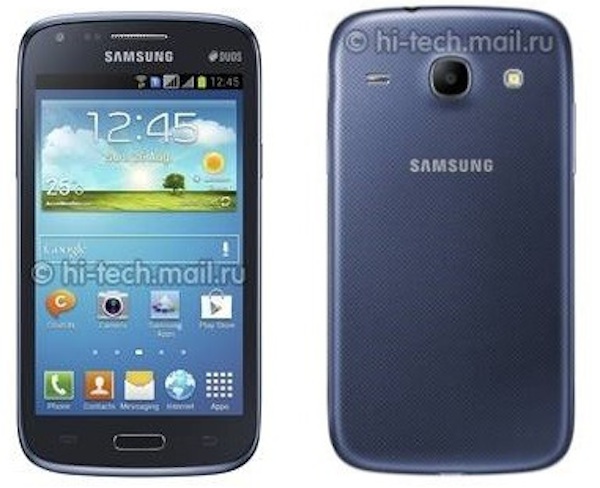 We’re dealing with a model that packs a 4.3 inch display with a 800 x 480 pixel resolution, that belongs in 2011 rather than 2013. It also offers a dual core 1.2 GHz processor, 768 MB of RAM and a 5 megapixel camera, as well as Android 4.1 Jelly Bean. When I first saw the specs, I thought instantly that this is the Galaxy S II Mini and it kind of makes sense.

Samsung already has a Galaxy S3 and S4 Mini, so why not launch a delayed S II Mini? Anyway, know that the Galaxy Core debuts next month in Russia, with a $420 price tag. The thing is that with a similar amount of money you can purchase the Galaxy S II Plus, so you’re better off without the Core model.