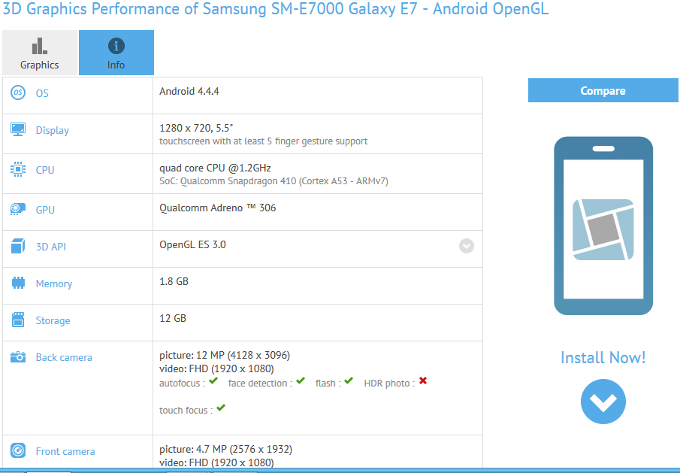 Samsung has bigger plans than just the A Series, so now they intend to debut a new E Series. There’s a device out there called Samsung SM-E7000 aka the Galaxy E7, that will mark the debut of the new product range. The handset has just leaked via GFXBench. 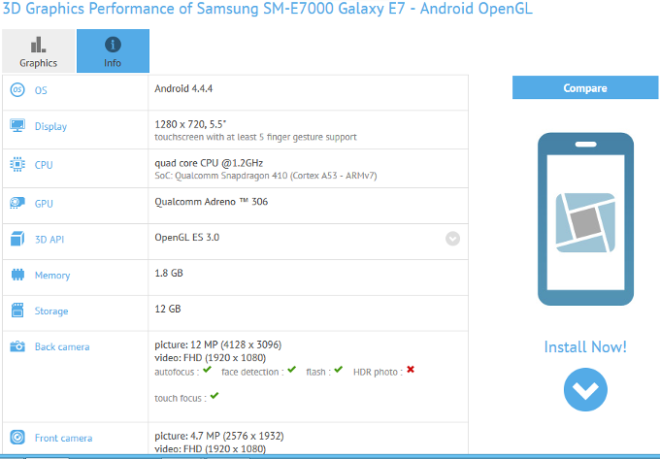 We’ve heard about the SM-E7000 days ago, but back then we had nothing to go by, aside from a HD screen. Today we learn of an entire new series of midrangers. Samsung Galaxy E7 is expected to feature a 5.5 inch 720p screen, a 64 bit quad core Snapdragon 410 processor, clocked at 1.2 GHz, 2 GB of RAM and 16 GB of storage. There’s a 12 megapixel back camera in the mix and a 5 megapixel front cam too.

The front selfie cam is also good for videocalls, that will be offered in Full HD apparently, on this model. Rumor has it that there’s also a Galaxy E5 coming, possibly with lower specs. The definition of the E models will be large screens and midrange specifications, although if the focus on the front camera continues, these may end up as selfie phones.