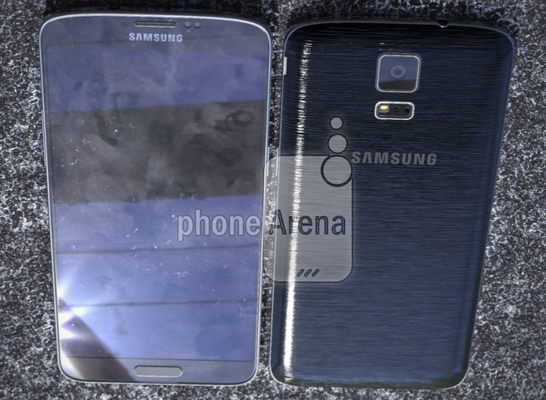 After we saw it in the last few days on the web, Samsung Galaxy F appered in a couple of live photos. Now, this device shows up again. As some of us might not know, you must find out that this device is the Prime version of the current Galaxy S5 flagship, a device that made a lot of rumors on the web lately.

This new photo give us a closer look on the device design that looks a lot like the flagship. Even if the rumors suggest that Galaxy F will arrive on the market with a metal housing, this component could be similar to the one found on the LG G3 flagship, a case that is made with a combination between polycarbonate and a thin metal sheet.

Getting back to the Galaxy F, we find out that the specs list may include a 5.3-inch Quad HD display, a quad-core Qualcomm Snapdragon 805 processor, 3 GB of RAM, a 16 megapixel camera with OIS and a heart rate monitor. This model could be officially announced in september.