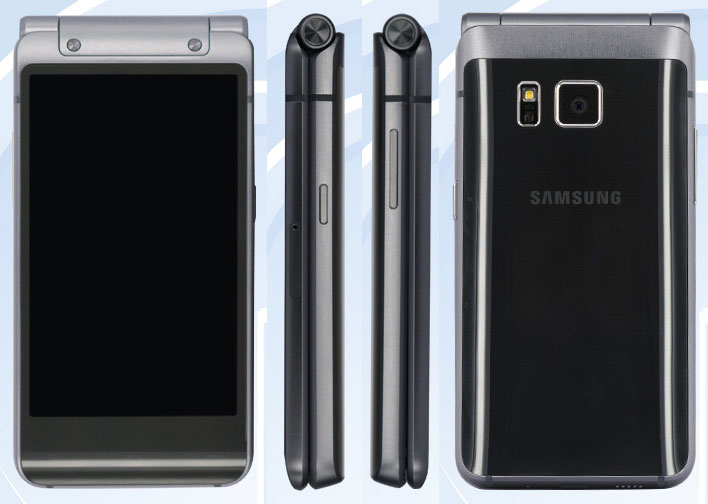 Samsung Galaxy Golden 3 is a fancy flip phone that has leaked once or twice over the past months and now it’s back this time through a TENAA certification. The device has been certified by the Chinese authority and on this occasion we have confirmation of its specs. 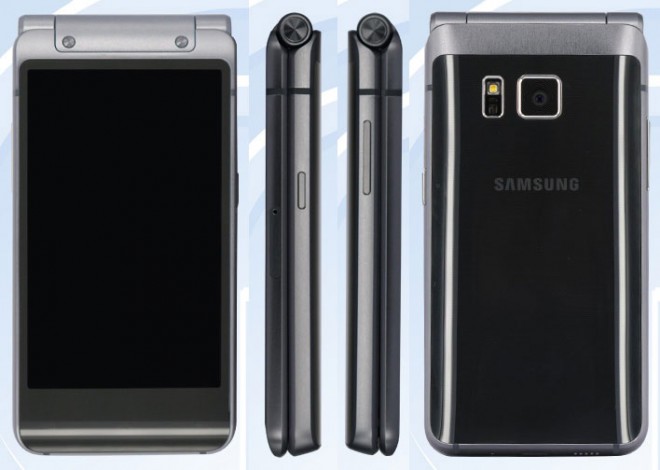 The flip phone measures 15.1 mm in thickness and it goes by the codename SM-W2016. It packs a 3.9 inch OLED screen on the inside and a 3.9 incher on the outside, too. A 2.1 GHz Exynos octa core CPU rests inside, accompanied by 3 GB of RAM, that aid the device with running Android 5.1.1. There’s a 16 megapixel back camera here, plus a 5 MP shooter upfront. 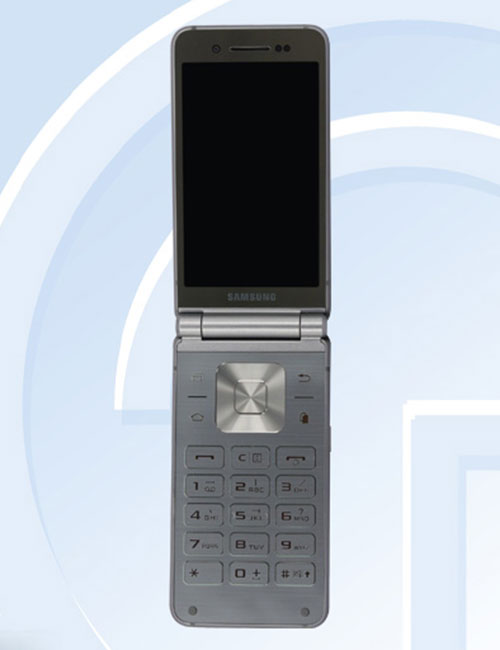 The screen resolution is expected to be 1280 x 768 pixels and we expect the battery to be sacrificed here, as it usually happens with flip phones. Interestingly, the first two Galaxy Golden models had Snapdragon processors and this one opts for an Exynos, a powerful chipset this time. It’s very likely that the device will only be sold in China.