Samsung has just announced its first 5 inch smartphone, a device that runs Android Jelly Bean and is dubbed Galaxy Grand. We’re dealing with a 5 inch phone, with a 800 x 480 pixel LCD display, making it the biggest Samsung smartphone ever, unless you count the Galaxy Note series. 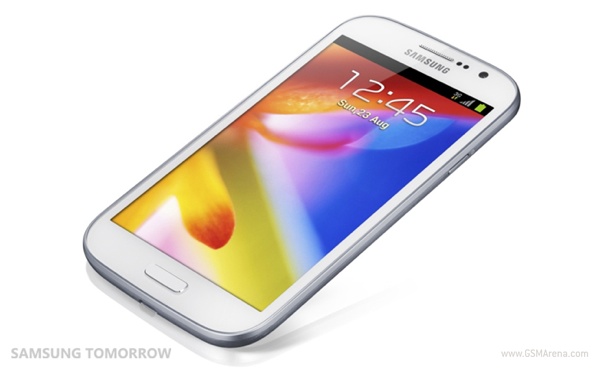 Samsung Galaxy Grand features a 1.2 GHz dual core CPU, 1 GB of RAM, an 8 megapixel camera at the back with 1080p video capture and a 2 megapixel front shooter. There’s also 8 GB of storage, a microSD card slot, WiFi, Bluetooth, GPS, HSPA+ connectivity and a 2100 mAh battery. Grand runs Android 4.1.2 Jelly Bean with the TouchWiz interface on top. Also, it has all the classic Samsung features, from S Voice to multi window and from Popup Play to the Samsung Hubs.

The handset is sold as the single SIM I9080 version and the dual SIM I9082 version, but sadly we have no price to associate with it right now. As far as design goes, the device looks a bit like a combo between the Galaxy S III and the older Galaxy Note. 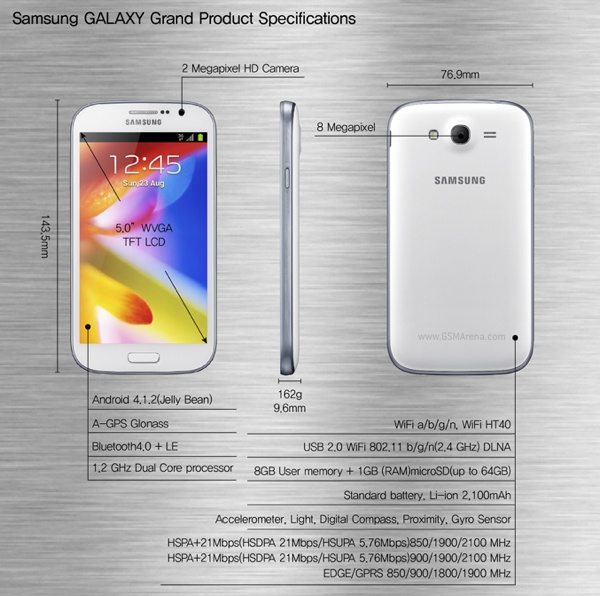