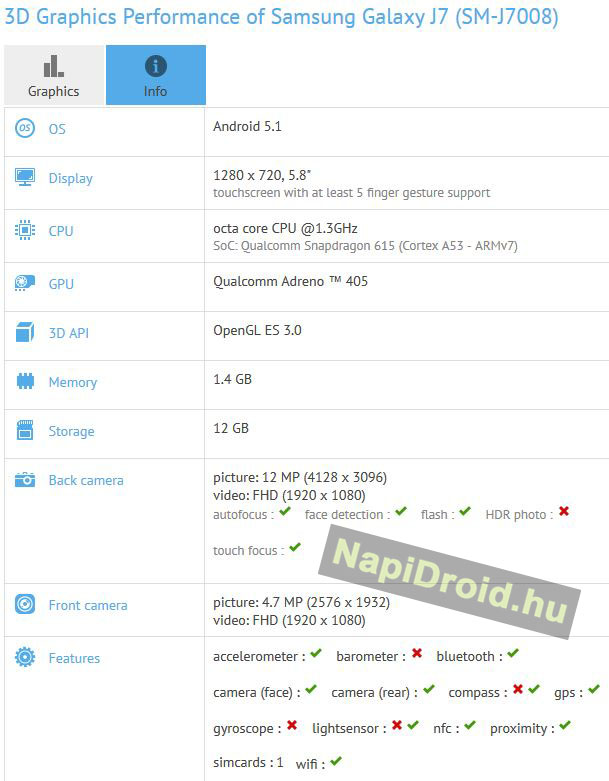 Samsung is preparing a series of new devices, some meant for IFA and some meant for Computex 2015. Those may as well include new Galaxy J models, like the Galaxy J7 detailed below. It has leaked via the GFXBench benchmark program, listing its specs online.

For selfies we get a 5 MP shooter and the Galaxy J7 is a single SIM unit, with an accelerometer, GPS, NFC, but without a compass apparently. We’re also expecting the Galaxy J5 to be launched soon, with the J7, for reasonable price tags.