First time we’ve heard about the Galaxy Music is when Samsung published the list of updates to Jelly Bean for its devices. That is where the Galaxy Music was stated to get the update to Android 4.1 somewhere in the near future. Telekom-presse leaked a couple of pictures of the new upcoming device dedicate for music listening. 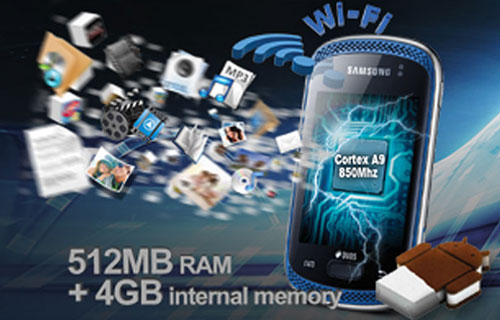 The Samsung Galaxy Music is Samsung’s newest device made to replace your PMP while keeping your smartphone functionality. The device comes in two versions: Galaxy Music and Galaxy Music DUOS. The latter has dual SIM capabilities while retaining the smae aspects of the specs. Speaking of the hardware, let’s take a look at what the Galaxy Music has to offer: 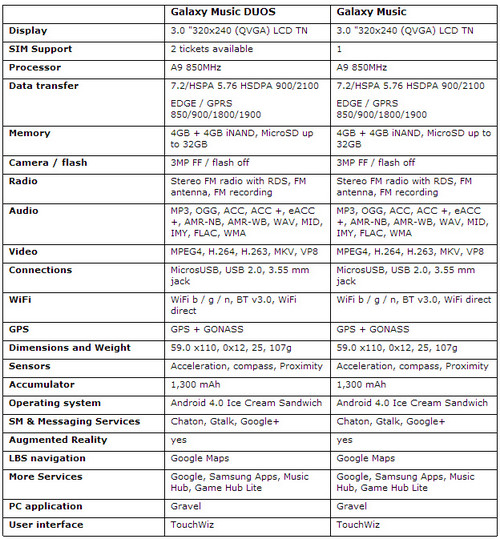 The Galaxy Music comes with Android 4.0.4 pre-installed but an upgrade to Jelly Bean is  expected. It features dual front speakers, a front camera for video chat, WiFi and GPS. We are expecting Samsung to detail the release date and pricing very soon. 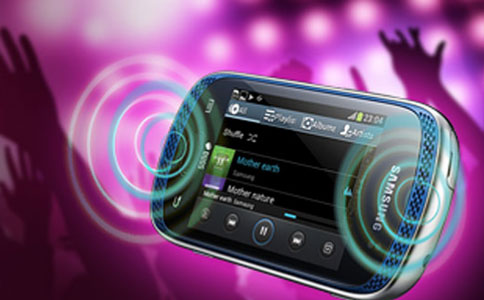