We’re getting close to the one year anniversary of the excellent handset Samsung Galaxy Nexus, a phone that had major leaks last year. It would be about time to start seeing leaks for its successor and that’s exactly what’s happening here, as we’ve just spotted a leaked Samsung Galaxy Nexus 2 camera sample. 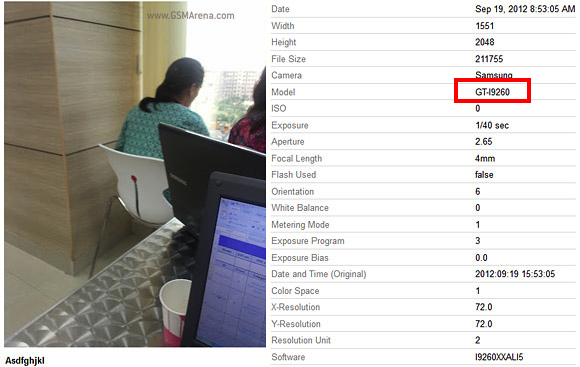 The idea is that Samsung uses model numbers rather than code names for their handsets and tablets. So, the original Nexus was codenamed GT-i9250, while the Galaxy S, Galaxy S II and Galaxy S III were the i9000, i9100 and i9300. Today we get to see a newcomer name GT-i9250, clearly related to the Galaxy Nexus and showing up on Picasa, in the shape of a few sample pics taken with the device. A phone with this codename appeared in some photo EXIF data, so it fits previous name upgrades for newer devices.

Rumors say we should expect the Galaxy Nexus 2 to feature the same 4.65 inch HD Super AMOLED screen, but also a better camera, bigger battery, 2 GB of RAM and either a faster dual core CPU or a quad core one. Theoretically the new phone could have pretty much the same camera as the Galaxy S II, which wouldn’t be bad, since that model had a very good camera. Also rumored to be dubbed Galaxy Nexus Premiere, the device will now have a microSD card slot, LTE, NFC and maybe even Key Lime Pie as the OS.