Nokia Lumia 920 is supposed to have a PureView camera on board and that puzzled many people, that expected the Nokia 808 PureView sensor, but that’s not totally accurate. Now there’s an official video online, detailing the partnership between Nokia and Carl Zeiss and also the feats of the latest Lumia phone. 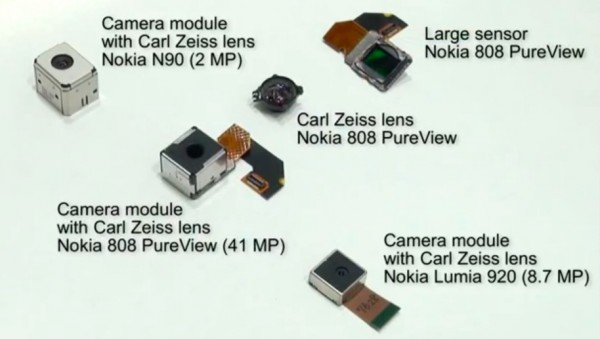 Ari Partinen from Nokia and Oliver Shindleback from Carl Zeiss provide details about the relationship of Carl Zeiss with Nokia and the idea of PureView. PureView is actually a standard for digital imaging, so when a device gets this branding it offers a special ability of capture, both video and audio. This is just like the Nseries, that was a definition for great multimedia abilities, while the Pureview stands for great camera features. As the picture above shows, the new Lumia sensor draws inspiration both from the Pureview 808 and from the older N90 sensor, but in a more evolved version.

Nokia Lumia 920 features a Carl Zeiss lens camera, an optical stabilizer, 26 mm focal length, F2.0 aperture, real 16:9 sensor, BSI and 8.7 megapixels in resolution. Nokia and Carl Zeiss have been working together since 2005 and those have been a fruitful bunch of years, with the latest Pureview products being a testimony to that.