The folks of AllAboutSamsung, a German blog handling Samsung related topics have come across a picture taken with what looks like the next Galaxy Nexus phone. Codenamed GT-I9260, the device will sport an 8 megapixel camera, a fact discovered through the details of the leaked pic published on Picasa. It was all in the EXIF data folks! 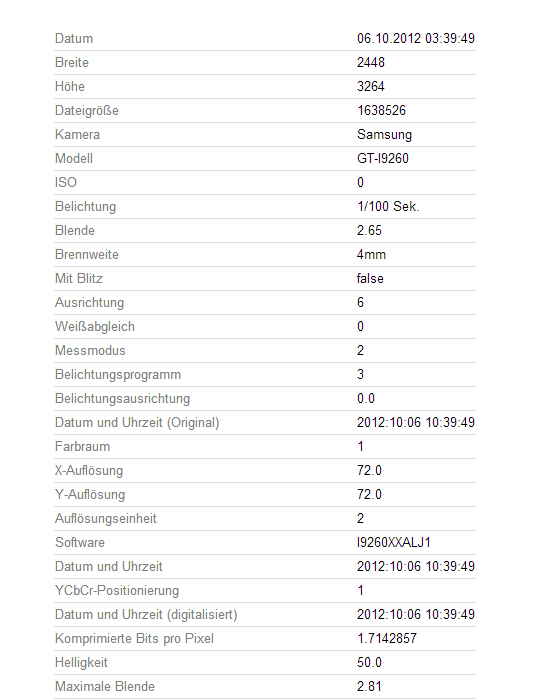 The leaked picture also contained hints about the firmware, that seems to be I9260XXALJ1, as posted by Samsung and the resolution is 2448 x 3264. There were rumors about a Galaxy Nexus II months ago and they appear to be coming true, but don’t expect any major upgrades here. The camera will be the primary upgrade, jumping from 5 to 8 megapixels and we also get a microSD card slot, unlike the first Galaxy Nexus, that didn’t have one. Other specs include a 1.5 GHz dual core CPU and a 4.65 inch Super AMOLED HD screen.

Samsung is supposedly preparing to ship the device starting this December and make it reach the retailers around that time. This is as much an upgrade to the Galaxy Nexus as the HTC One X+ is to the original model, if you allow me to exaggerate a bit. The improved camera may be a big deal to some, but frankly speaking the first Galaxy Nexus had quite a decent camera, if you ask me. 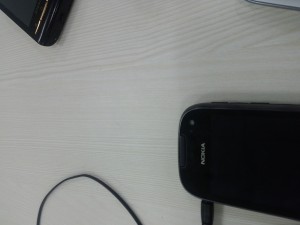