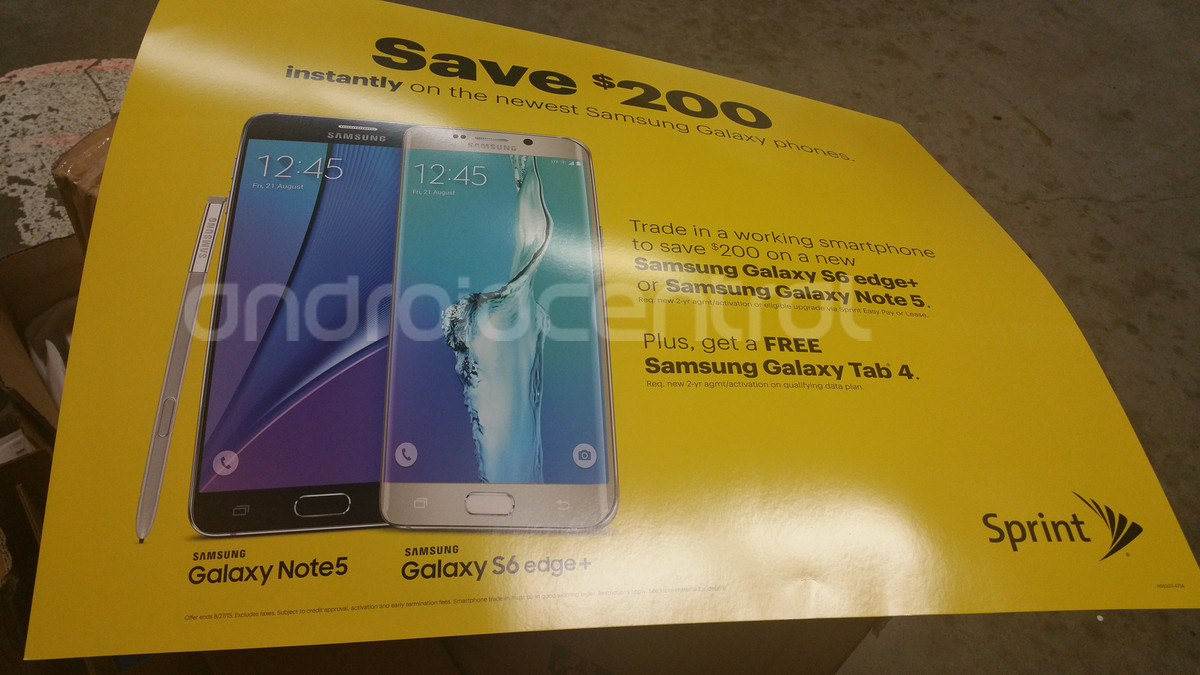 It appears case makers weren’t the only ones rushing to leak info about the upcoming Galaxy Note 5 and Galaxy S6 Edge Plus, but also carriers. The devices are set to be announced in a few hours during a New York event, but Sprint’s leaflets with special offers are out already a day ahead. 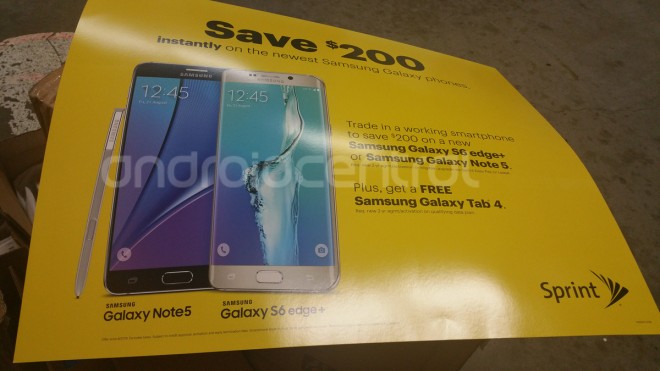 In case you want to watch the event live streamed from New York, you can do that here. The leaflet says that you can save up to $200 for the Note 5 or new Galaxy S6 Edge, by trading in a functional older handset. Those who also get a two year contract will receive a free Samsung Galaxy Tab 4 slate for the effort. As you can see in the poster, both handsets look just like we expected them to.

The buffed up stylus is here, the Galaxy S6 Edge Plus has curved edges and bigger display, while the Note 5 has very narrow bezels. The hype has been growing a lot over the past days and we’re expecting a queue of enthusiastic buyers once the models are launched. Interestingly, according to a report from Binomo, Sprint’s offer lasts till August 27th, suggesting the products will have at least a week in stores before that.