Home Android Samsung Galaxy Note 5 Leaked Hands on Shot May Include a Protective... 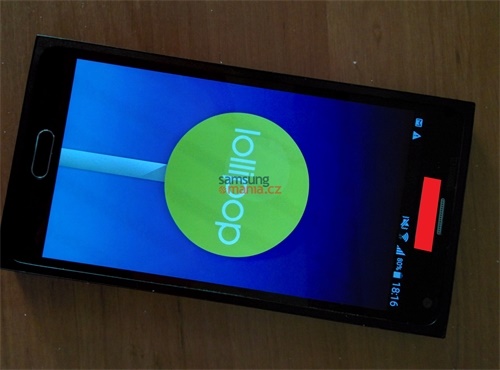 A fresh leaked image of the Samsung Galaxy Note 5 appears to be one of the first hands on shots of the device. At first sight, the device looks like the Nokia N9/Lumia 800, but in fact it’s encased in a protective shell, so it won’t reveal the design.

It was expected that we’d get such a leak so close to the debut of the device, that’s less than one month away. We’re supposed to see this phone launched on the 12th of August, together with the Galaxy S6 Edge+. The Galaxy Note 5 was last seen in a few CAD renders and case renders by Verus. It’s supposed to be very slim, especially on the edges, while the upper and lower edge are a bit more bulky to host the stylus.

The Home button is still here and the screen confirms the presence of Lollipop. The front camera is also spotted and the device seems a bit small, but that’s the fault of the picture more than the device. A 5.9 inch Quad HD is on board, with an AMOLED panel, a 4100 mAh battery, USB Type C port and a powerful Exynos CPU. I bet that in two days tops we’ll get a more clear picture.