Home Android Samsung Galaxy Note 5 Unboxing: Most Elegant Note Gets Taken Out of... 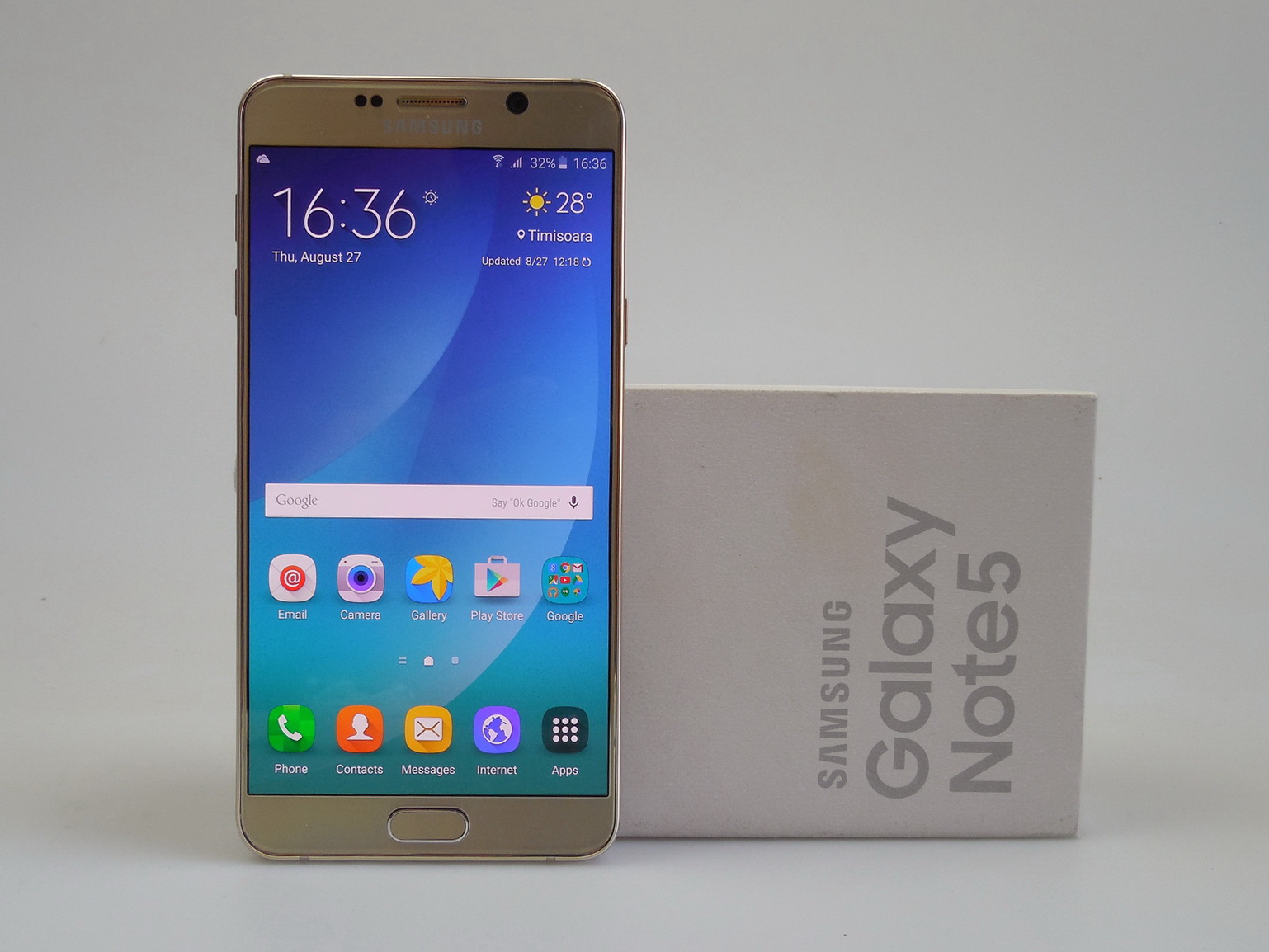 Samsung Galaxy S6 Edge+ has already been reviewed at GSMDome.com and now it’s time for its brethren, the Galaxy Note 5. After all, they were announced on the same day, August 13th. Well, the phablet has arrived, with stylus in tow and no, we aren’t going to insert it wrong. 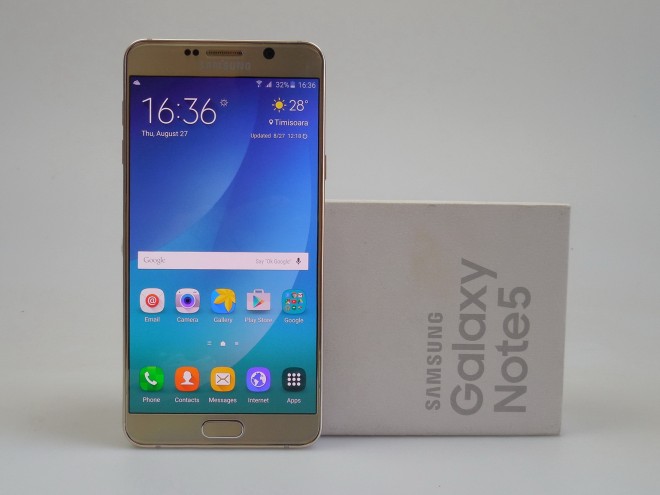 The product has only been launched in USA officially, as far as we know and it’s priced between $700 and $800 at various carriers and retailers. Its box looks and feels exactly like the one of the Galaxy S6 Edge and Galaxy S6 Edge+, plus Galaxy S6. Also similar is the pair of headphones bundled with the device and inside the box we also find an USB cable, big charger, manuals, metal key for the SIM card slot and a stylus tip remover and replacements for the tip. 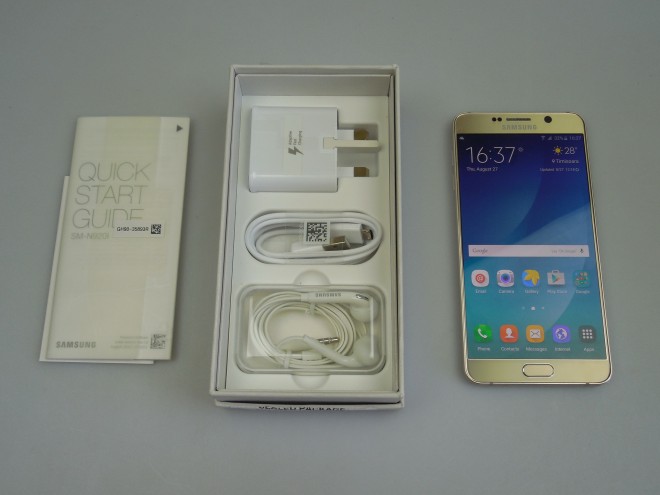 The phablet weighs 171 grams, but you really won’t feel those in your palm. It also measures 7.6 mm in thickness and packs a 5.7 inch Quad HD Super AMOLED screen, as well as an Exynos 7420 octa core processor. That’s the same potent chipset that was found on the Galaxy S6, Galaxy S6 Edge and Galaxy S6 Edge+, accompanied this time by 4 GB of LPDDR4 RAM.

There’s also 32 GB or 64 GB of storage inside, a 16 megapixel back camera with shutter speed option now and a 3000 mAh battery inside. The stylus is more elegant this time around, with a metallic finish and a clickable back end. Clicking it is also the way you remove it from its slot and activate the Air Command panel with a brand new UI. But more about that will be revealed in the coming days, as we review the product.