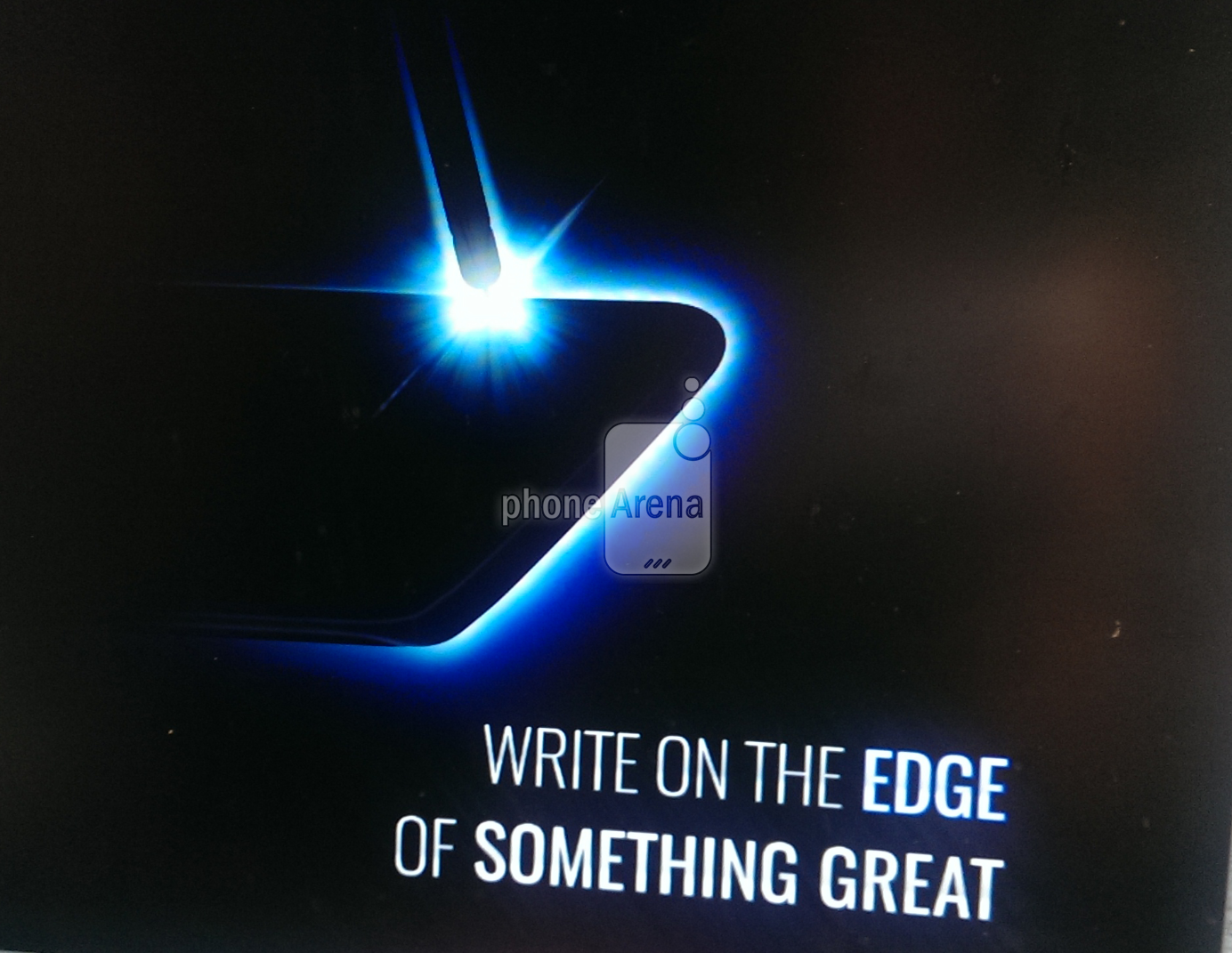 Samsung Galaxy Note 7 seems to have settled in as the final naming pattern for the future Note model, that’s said to have a curved edge screen and gets freshly teased today. The device is said to receive support for stylus writing on that curved screen edge, according to the teaser below. 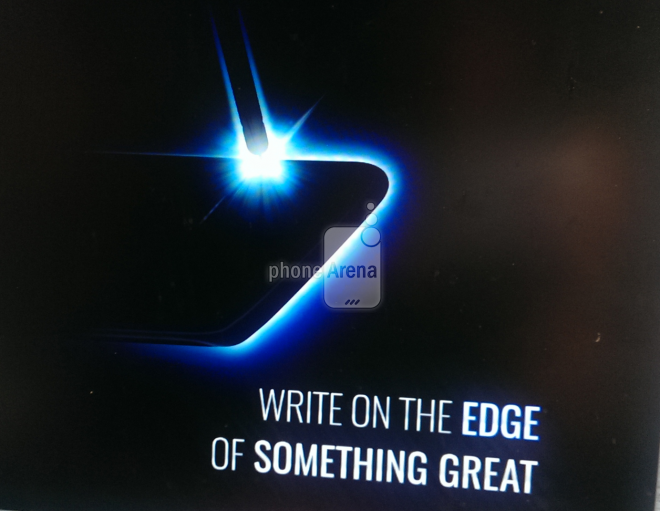 The image was sent to Phone Arena by a source who wants to remain anonymous and shows a silhouette of the future phone, that’s expected to come in one or two months tops. Skipping the Note 6 name was done in order to align the Note 7 with the Galaxy S7 and the newcomer is promoted with the tagline “write on the edge of something great”.

It hints at the device’s curved edges at both the back and front and references the capabilities of the new S Pen. Last year, on the Note 5 we got to write on the standby screen and now on those edges. The Note 7 is expected to bring a 5.8 inch Super AMOLED Quad HD screen, as well as a Snapdragon 823 CPU, 6 GB of RAM and the same 12 MP camera as the one from the Galaxy S7, with F/1.7 aperture.

The launch could be taking place next month, or in August at the latest.