As you’re waiting patiently for our Pocophone F1 review to be ready, we deliver the unboxing of the Samsung Galaxy Note 9. The handset was unveiled on August 9th and we already have it here for an unboxing. It’ll go live in stores all over the world on August 24th and it’s probably the only capable stylus phone in the Android world. It’s priced at $1050 on Amazon. 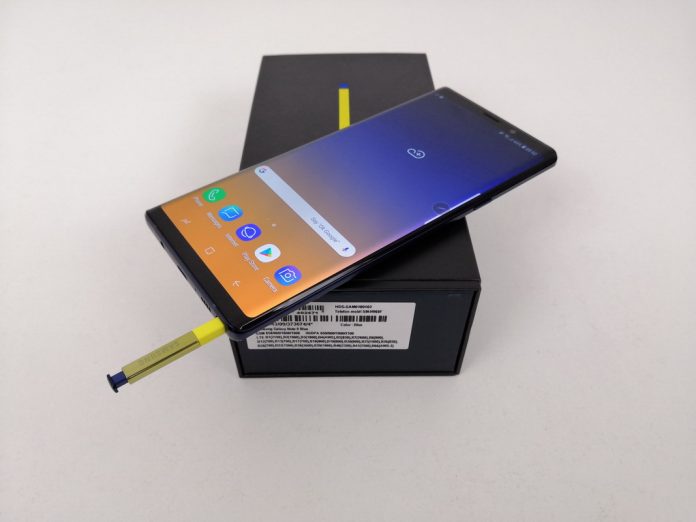 Since we have the blue version of the device we’re also getting the weird Canary yellow stylus. The smartphone you see here is made of glass and metal, with glass at the front, glass at the back and a beefy metal frame in between. This seems to me like the widest metal frame I’ve seen on a Samsung phone in recent years. The phone itself feels very heavy and massive, more so than the Note 8. 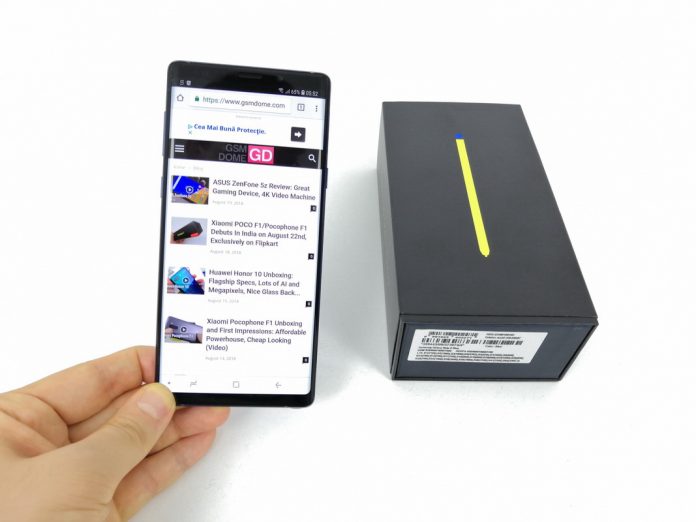 Samsung Galaxy Note 9 is just 0.2 mm thicker, at 8.8 mm than its predecessor, but somehow it seems beefed up. It’s heavier at 201 grams, but it has an excuse: the 4000 mAh battery. The screen diagonal has increased from 6.3 inches to 6.4 inches and the resolution is Quad HD+, while the panel is a Super AMOLED Infinity Display. The handset is waterproofed and dustproof (IP68) and also has a Snapdragon 845 or Exynos 9810 CPU. 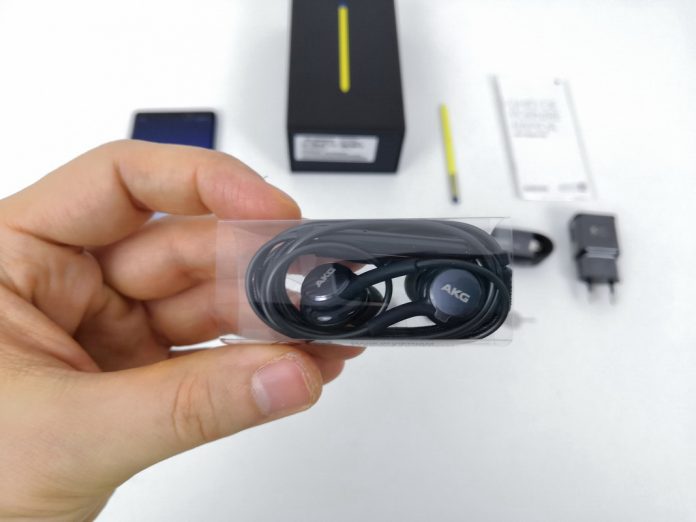 6 or 8 GB RAM are inside, plus 128 or 512 GB of storage, as well as a microSD card slot. At the back we find a dual camera that feels like it combines the camera of the Galaxy S9+ with the Note 8 one. It’s got two 12 MP shooters, each with OIS, one with variable aperture (F/1.5 to F/2.4), 2X optical zoom and Super Slow Motion. AR Emoji is still on the table. The device also has an 8 megapixel front camera with F/1.7 aperture. 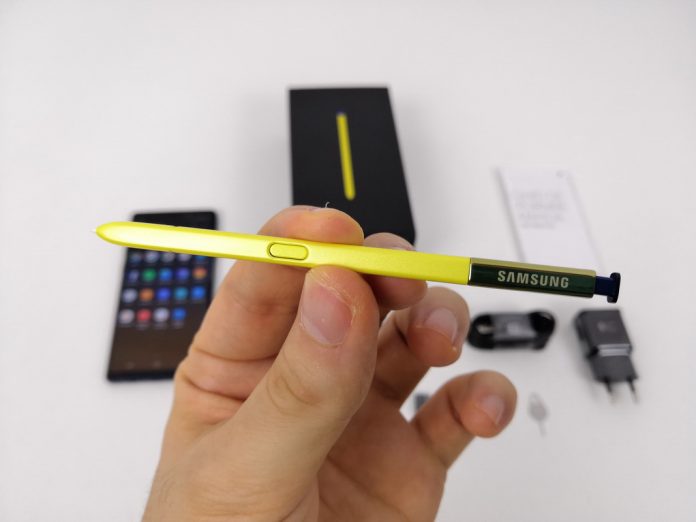 Stereo speakers are here like on the Galaxy S9 and security is done via an iris scanner and face scanner. Speaking of scanners, there’s a pulse sensor at the back next to the camera and below it there’s a fingerprint scanner. As far as the new S Pen goes, it may look and feel the same, but it has a battery and Bluetooth support. It charges in 40 seconds enough for 30 minutes of usage.

It’s all thanks to a Super Capacitor inside. I used it to remote control camera capture, switching between cameras and gallery navigation. You can do all of those by pressing the button on the stylus. There’s also the Air Command palette, which I’m going to explore over the next days. My first impression is that this device is rather bulky, the S Pen’s evolution doesn’t blow me away, but I have a good feeling about the camera and battery.

We’ll be back with a full review. In the meantime you can get the device here.