Samsung has just started teasing the Galaxy S follow-up through a site called Samsung Unpacked. This website reveals that on February 13th we’ll see that “Evolution is Fate”, with the motto being accompanied by a picture of the Galaxy S. 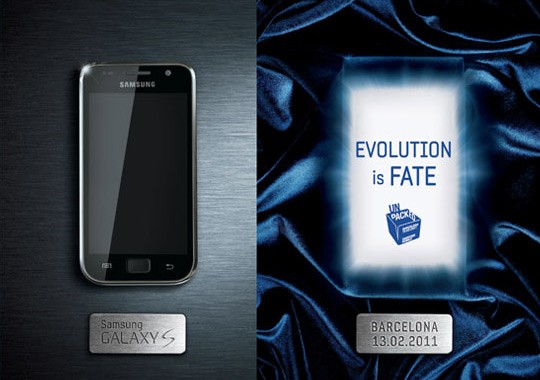 Also, a preview of the smartphone is promised for February 1st, but we’ve yet to come across specs or real images. Mobile World Congress 2011 will surely reveal more and speculations say that we should expect a 4G LTE phone with a dual core CPU, or at least a single core Hummingbird unit with HSPA+.

Let’s wait for the next step of the teasing, next month.