We’ve seen Android Ice Cream Sandwich getting ported or leaked for many devices, including the unlikely Samsung Galaxy S, Amazon Kindle Fire and HP TouchPad. Well, those were all unofficial release, but this time we have something truly official: the leaked ICS ROM for Samsung Galaxy S II, that has just been tried on by the guys of Pocketnow.com. 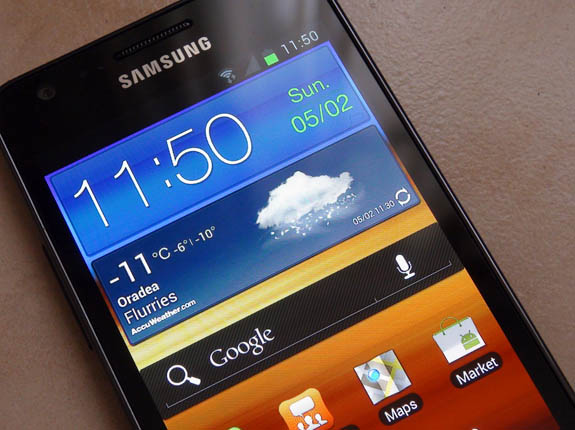 They also made a video showing their experience, that you can check out below. The Galaxy S II runs Android 4.0.3, apparently with an improved TouchWiz, that to me looks exactly the same. Also, the handset is now more stable, it’s really fast, smooth and even the battery life improved. Android 4.0 has arrived on this phone before, via custom ROMs, so we know what to expect here. The Robot font looks nice on the crisp Super AMOLED Plus display and the Exynos dual core 1.2 GHz CPU seems to fit the experience like a glove. 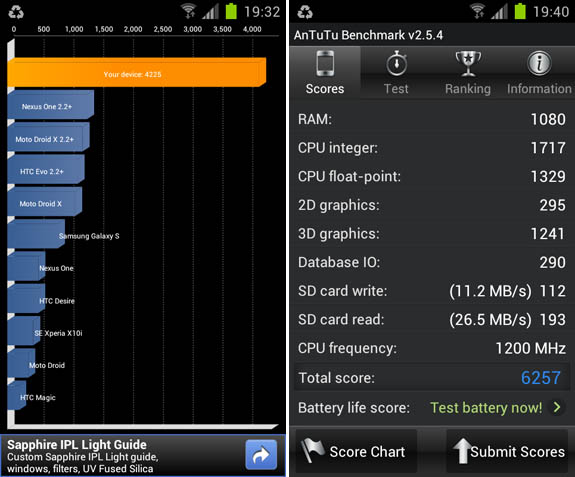 Well, Gingerbread may have become sluggish if you had a ton of updating widgets enabled, but that’s in the past now, courtesy of ICS. The performance upgrades are also pretty clear, as shown by everyday use (Video below) and a couple of benchmarks, generating 6257 points in AnTuTu, 4225 in Quadrant and 2517 in SmartBench. I guess that it’s only a matter of time till all the Galaxy S II (tens of millions) units get the update to the latest Android, which Samsung promised for Q1 by the way.