T-Mobile UK has just posted four new Android handsets on its website, which means that they’ll be available in the following weeks, if not days. Samsung Galaxy S II will reach this carrier in June, but you can also get it from a bunch of operators in the meantime, while the Facebook-focused HTC ChaCha is also among the newcomers. 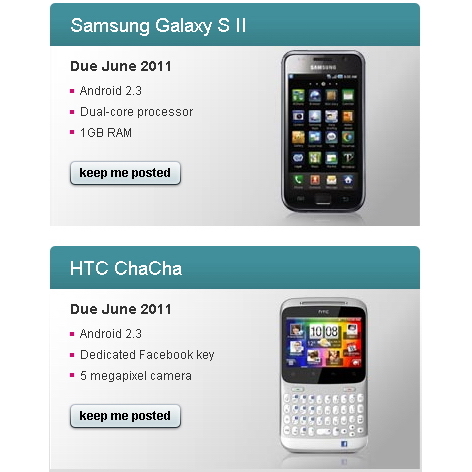 ChaCha will be available in June as well, accompanied by the LG Optimus 3D, bringing some tridimensional graphics to the offer of T-Mobile UK. Also, know that in July, T-Mobile is preparing to launch the Sony Ericsson Xperia Neo, with its cool 8 megapixel camera supporting 720p HD video capture.

All of these models come with Android 2.3 Gingerbread, except the LG Optimus 3D, that’s still based on Android 2.2, but that may change till launch time comes. T-Mobile UK has a bunch of other products ready for you, like the LG Optimus Black we reviewed here and coming to the carrier’s stores in May.

Motorola Atrix and the HTC Sensation should also drop by in June. 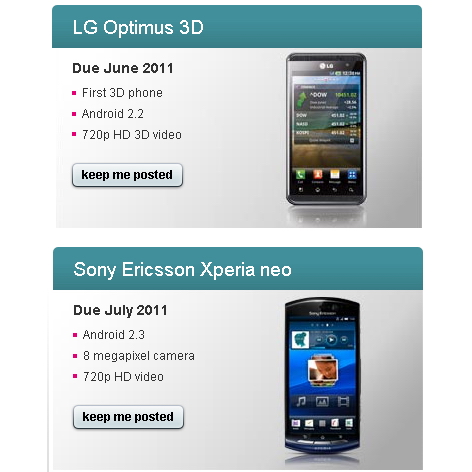