Kenton Cool is a British climber who was the first to tweet from the summit of Mount Everest. Also, he did a very original unboxing for Samsung Galaxy S II, as shown below. The climber was sponsored by Samsung and uses the services of Nepali mobile carrier Ncell to tweet from the top of the world. 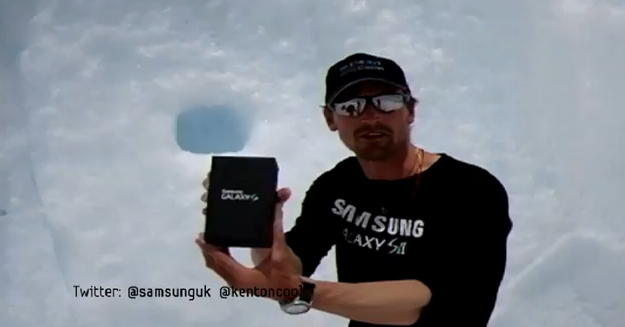 Ncell installed the first 3G station at the base camp of Mount Everest back in October 2010, making achievements such as this one possible. Kenton Cool has climbed the Everest before, but this is the first time he’s been gadgetized, so to say. Turns out that Samsung Galaxy S II adapts pretty well to the extreme cold on the mountain.

You wouldn’t want to miss the unboxing of the very hot and slim super handset below: