After so many leaked photos or supposed leaks of the Samsung Galaxy S III, we’ve stumbled upon a picture apparently taken with the camera of the new smartphone. I’m talking about the photo below and although there’s actually no solid proof on its identity, let’s say we take it for real. 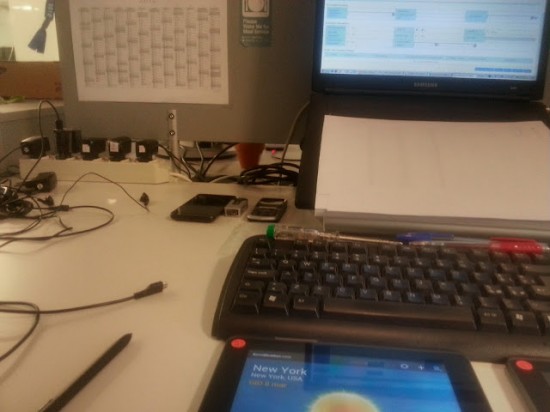 The pic was published on Picasa and its EXIF data was the one that got journalists going. The image’s data shows it was taken with a Samsung GT-I9300, a codename associated to the new Samsung Galaxy S III, that has yet to be announced. We’re dealing with an 8.1 megapixel sensor here, which we suspected, since it was among the leaked specs, although some people would like to see a 12MP sensor here. Of course, you should take the info from the EXIF with a grain of salt, as we usually advise you to.

In order to justify the poor quality of the pic, sources close to the matter have claimed it’s taken using HDR, so the shaky hands of the photographer may have caused the blurriness. It’s a very underwhelming picture, I’ll give you that much and even the Galaxy S did better indoors.